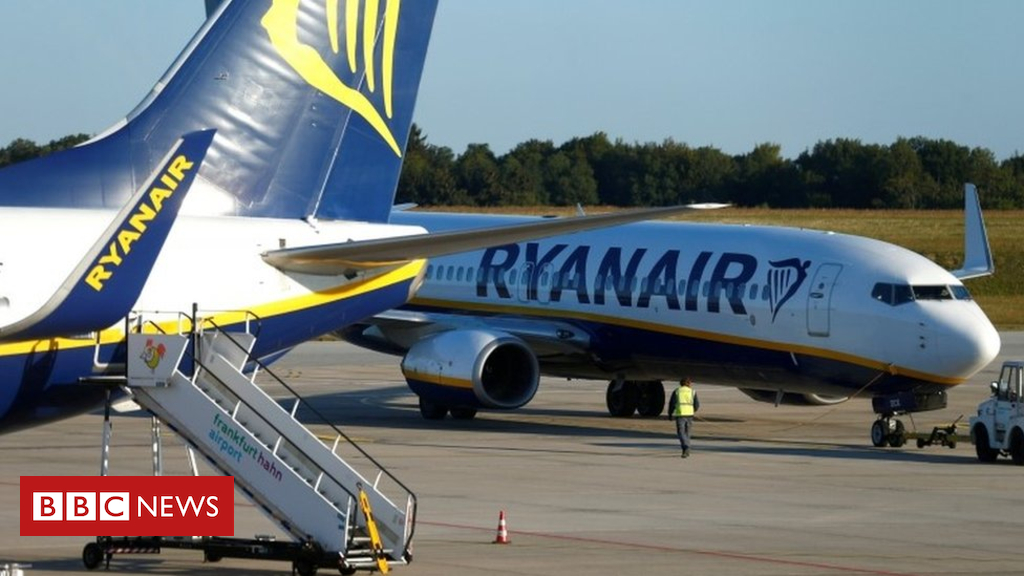 The airline’s chief executive, Michael O’Leary, said Ryanair could not rule out having to cut fares further. Fares are expected to fall 7% this winter.

He said the low fares were already causing problems for rivals, including Flybe which was rescued last week.

The profit forecast has been cut despite Ryanair saying it expects to carry more passengers than forecast.

It had previously warned on profits in October.

Mr O’Leary said there was too much capacity on short-haul routes in Europe this winter, adding that customers were enjoying “record lower air fares”.

“We believe this lower fare environment will continue to shake out more loss making competitors, with WOW, Flybe, and reportedly Germania for example, all currently for sale,” he said.

The airline had previously expected air fares to fall by 2%, rather than 7%.

“While we have reasonable visibility over forward bookings [for the fourth quarter], we cannot rule out further cuts to air fares and/or slightly lower full year guidance if there are unexpected Brexit or security developments which adversely impact yields between now and the end of March,” he said.

The announcement follows last week’s rescue of Flybe, which has received an offer from a consortium including Virgin Atlantic and Stobart Group.

It also comes after difficult period for Ryanair, which was named the UK’s least-liked short-haul airline for the sixth year running in a survey carried out by consumer body Which?.

Strikes by staff during the summer season forced it to cancel hundreds of flights for which it has refused to offer passengers compensation, and Which? said “thousands of respondents” had said they would never fly with the airline again.

The impact of these strikes was reflected in Ryanair’s half-year results in October, when it reported a 7% fall in profits, although the airline was also affected by industrial action by air traffic controllers.

Ryanair said the latest profits guidance excluded start-up losses in Austrian airline Lauda, which have been cut from €150m to €140m thanks to lower-than-expected costs.

More detail will be provided with third quarter figures on 4 February, Ryanair said.