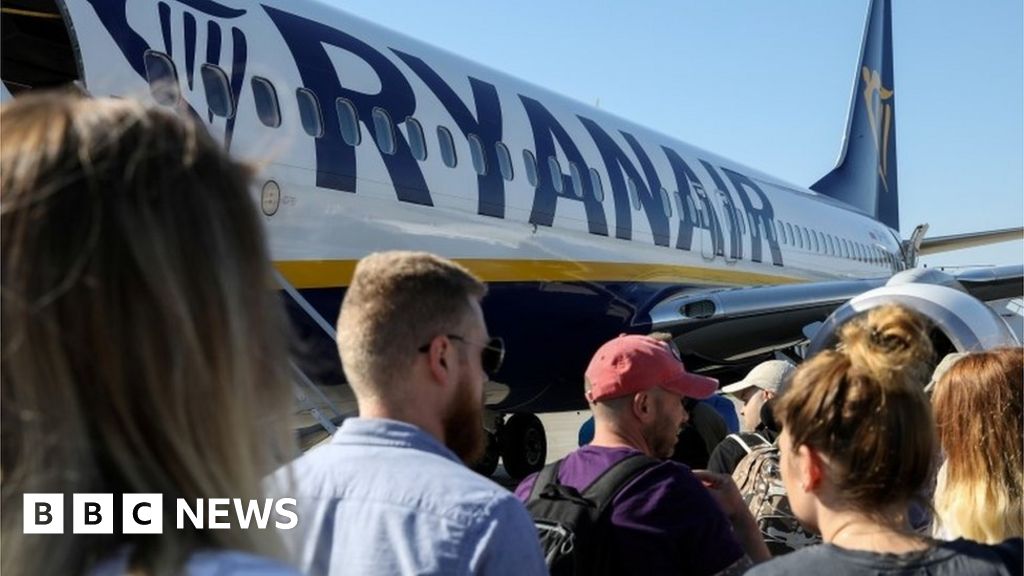 Claims made by Ryanair about its carbon emissions have been banned by the UK’s advertising watchdog.

But the Advertising Standards Authority ruled Ryanair’s claims in press, TV and radio adverts could not be backed up.

Ryanair hit back in a statement saying consumers could halve their carbon footprint if they switched to it.

In adverts last year, the Dublin-based operator claimed to have “the lowest carbon emissions of any major airline” and to be a “low fares, low CO2 emissions” carrier “based on the top 27 European airlines”.

Complainants to the UK’s Advertising Standards Authority (ASA) said the adverts were misleading and could not be substantiated. By their nature, airlines do not have low emissions, critics said.

In evidence to the ASA, Ryanair argued its green credentials were based on it having the youngest aircraft fleet using the newest most fuel-efficient engines, and flying 97% full on average.

Ryanair said its claims were supported using data from the European aviation organisation Eurocontrol and airline efficiency rankings published by Brighter Plant, a provider of carbon and energy calculations.

Clearcast and Radiocentre, used by companies to review adverts before they go public, both gave their backing.

However, the ASA took issue with some of the figures and the definition of “a major airline” for the purposes of assessing emissions comparisons.

An airline efficiency ranking used by Ryanair was dated 2011, “and was therefore of little value as substantiation for a comparison made in 2019,” the ASA said.

“Consequently, we concluded that the claims ‘Europe’s… Lowest Emissions Airline’ and ‘low CO2 emissions’ were misleading,” the regulator said.

The adverts must not be repeated “in their current form,” the ASA ruled, adding: “We told Ryanair to ensure that when making environmental claims, they held adequate evidence to substantiate them and to ensure that the basis of those claims were made clear.”

Ryanair said it would comply with the ruling, but in a statement underlined its claim that emissions per passenger are 25% lower “than other major airlines”.

The airline said: “Ryanair is delighted with its latest environmental advertising campaign, which communicates a hugely important message for our customers.

“The single most important thing any customer can do to halve their carbon footprint is switch to Ryanair.”

The airline also said it would be making changes to claims on its website, which is not regulated in the UK but by the Advertising Standards Authority for Ireland (ISAI).

The ISAI said in a statement it “is assessing the advertising in question. In line with due process, we will not be commenting further at this stage.”

Aviation has become a target of environmental activists, and there are signs so-called “flight shaming” is starting to have an impact on travel habits.

Against this backdrop, the industry has become more proactive about what it is doing to cut its carbon footprint.

In 2018, Ryanair launched a voluntary carbon offset scheme, which has so far raised €2.5m (£2.1m) according to the airline’s website. The money is invested in environmental projects in Ireland and abroad.

But last April, Ryanair was named as the only airline included in a list of Europe’s top 10 polluters, according to data from the EU’s Transport & Environment group.

Emmy Awards’ virtual ceremony could end up a ‘beautiful disaster’