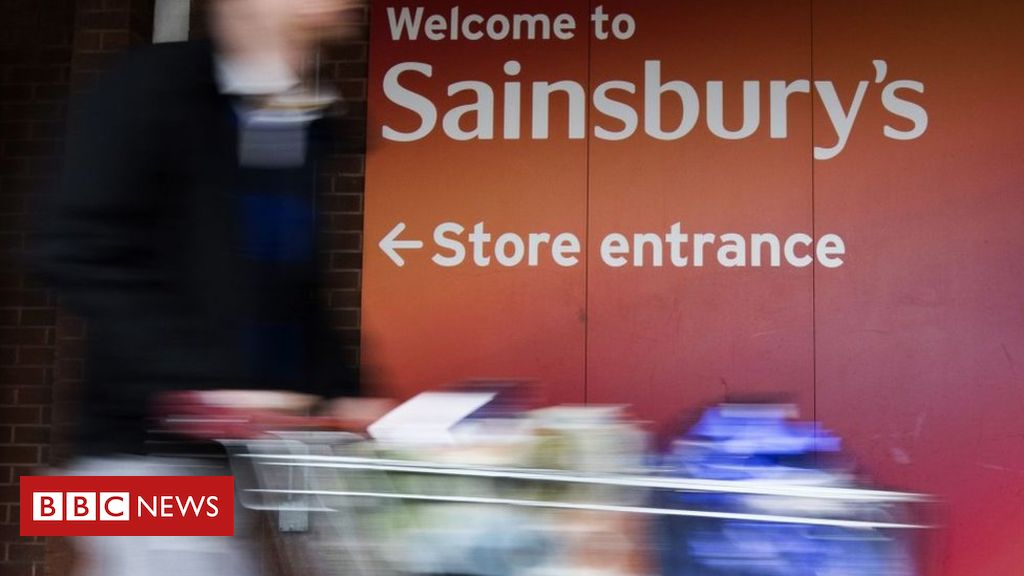 Deep discounting has failed to stem the slide in sales for Sainsbury’s.

The supermarket giant says it has cut prices on more than 1,000 everyday food and grocery products since February.

Yet in its latest quarterly trading statement, it reports a fall of 1.2% in its total sales, excluding fuel.

The results cover the 16 weeks to 29 June. Like-for-like sales, which ignore the boost that a retailer gets from opening new stores, were even worse, falling by 1.6%.

The supermarket is still reeling from its failed bid to merge with rival Asda, which was blocked in April by the UK’s competition watchdog over fears it would raise prices for consumers.

Sainsbury’s shares fell more than 2% in early trading before bouncing back to trade 2% higher on the day.

Sainsbury’s said it had reduced the prices of more than 1,000 big-selling own-brand products, including items in the dairy, meat, fish, poultry and fresh produce categories.

The price cuts show that Sainsbury’s is “trying to compete”, according to Thomas Brereton, retail analyst at GlobalData, but he cautioned: “Its more premium image means it will continue to stumble if it tries to overcome its competitors on price.”

Mr Brereton said there was a “distinct lack of a recovery plan being offered”, adding: “Sainsbury’s seems to have taken the brunt of the grocery revolution, caught in-between focusing on price (like rival Tesco has done) and focusing on product and service (such as Waitrose).”

The supermarket said it was now “the leading UK retailer of chilled plant-based food”, thanks to the introduction of meat-free products such as Ribz and Vegbabs.

It is also pressing ahead with its policy of integrating catalogue retailer Argos, which it bought in 2016, into its stores.

It said it now had 283 Argos outlets in Sainsbury’s supermarkets, while the brand was showing strong online growth.

With retailers under pressure from environmentalists to curb the use of unnecessary packaging, Sainsbury’s said it was committed to removing more than 10,000 tonnes of plastic from its stores and getting rid of unrecyclable varieties.

It also said it would upgrade 400 of its supermarkets this year, with improvements including SmartShop self-scanning technology, which is now available in 148 of its outlets.