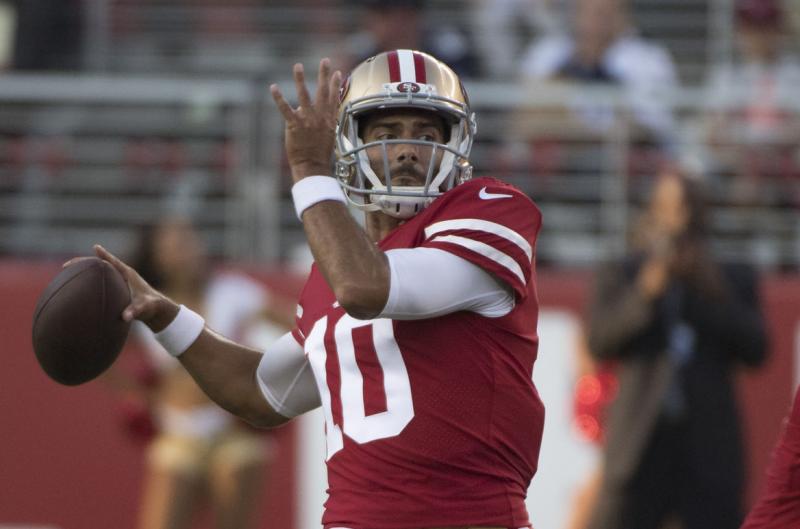 Garoppolo, who is working his way back from a torn ACL, threw five straight picks to Richard Sherman, Ahkello Witherspoon, Jaquiski Tartt and Tarvarius Moore (twice) during one stretch of the practice session, according to NBC Sports Bay Area.

Garoppolo broke the interception streak with a touchdown pass to rookie Jalen Hurd.

“He threw it to the wrong team five plays in a row,” 49ers head coach Kyle Shanahan told reporters. “I was a defensive coach today, so I was pumped. But no, the defense did great today and obviously he struggled.

“You hope to never have a day like that, but I don’t think it’s never not happened to anyone. When you do that, you hope you can practice long enough and give him a chance to play out of it and use it as an opportunity that hopefully you can do in a game. Hopefully you don’t have five in the game, but you can play yourself out of two in a row or something like that.”

San Francisco held its last practice Wednesday before traveling to Denver for joint practices with the Broncos this weekend. The 49ers will play the Broncos on Monday night, with Garoppolo expected to make his first on-field appearance since tearing his ACL last September.