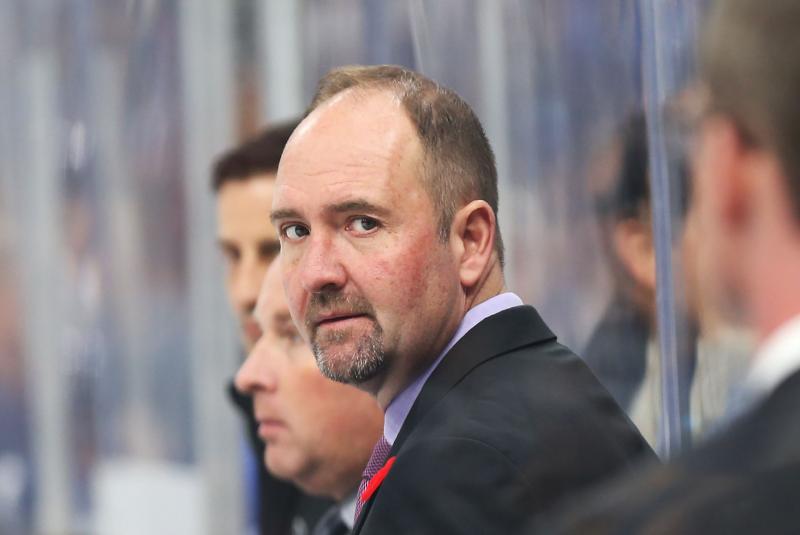 “When you have had a level of past success, change is never easy, but we feel this team is capable of much more than we have shown thus far and that a new voice is needed,” Sharks general manager Doug Wilson said in a statement. “As a team and as individuals, our play has not met expectations this year and our level of consistency has not been where it needs to be.

“This group of individuals who will lead our team moving forward are very familiar with our players, and we think this change can provide our group with a fresh start. Under the leadership of Pete, along with Steve, Dave and Johan, our franchise accomplished some great things, culminating in reaching the 2016 Stanley Cup Final. We want to thank them for their contributions to our organization’s success over the last four years.”

The Sharks are 15-16-2 with 32 points this season, sitting five points out of the last wild-card spot and six points behind the Calgary Flames for third place in the Pacific Division. San Jose has allowed the second-most goals with 113 this year.

DeBoer, 51, was in his fifth season as head coach of the Sharks. He compiled a 198-129-34 record and guided the franchise to the 2016 Western Conference title in his first season with San Jose. He also led the team to a conference championship loss to the St. Louis Blues last season.

Boughner, 48, is a former NHL defenseman and played for six teams across his 10-year career. He was the Florida Panthers’ head coach from 2017-19 but was replaced by Joel Quenneville in April.