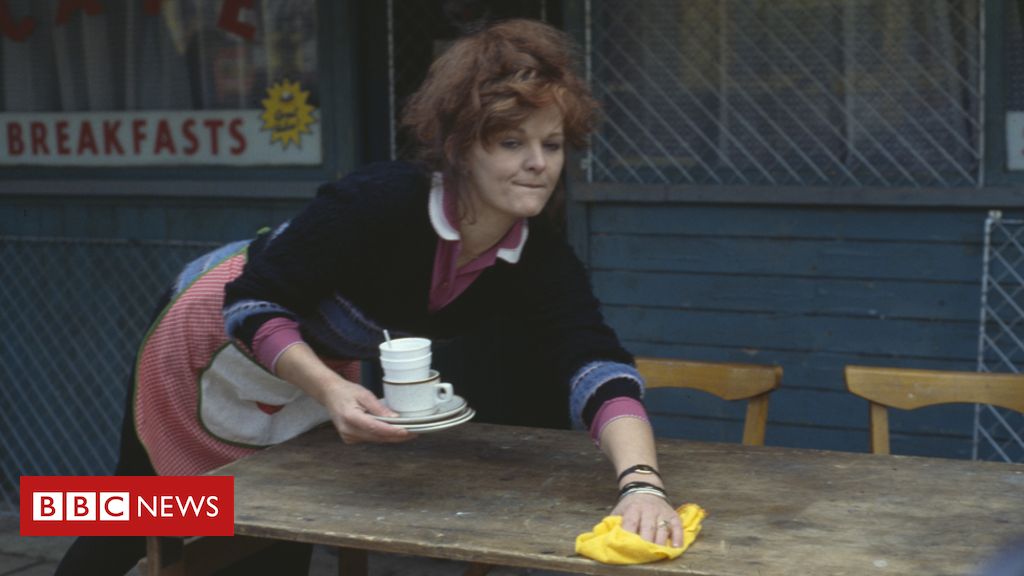 She was one of the BBC soap’s original cast members, appearing as cafe owner Sue Osman from 1985 to 1989.

Off-screen she battled a heroin addiction for 20 years, an inquest at Poplar Coroner’s Court was told.

The actress’s first major role was in Ken Loach’s Family Life in 1971, in which she played a schizophrenic teenager.

Her EastEnders character Sue Osman contended with cot death and her husband’s infidelity before she was sectioned and written out of the BBC soap.

Ratcliff’s other TV appearances after EastEnders included an episode of Maigret in 1992, opposite Michael Gambon.

The inquest heard Ratcliff had been discharged from hospital the day before she died and given morphine for pain relief.

Her son, William Palmer, said his mother suffered three strokes in the years leading up to her death – the first taking place shortly after her partner died in 2013.

Giving evidence, he said the stroke had left her with pain in her left arm, for which she was prescribed codeine, but the inquest heard Ratcliff would take more than her prescribed amount for both pain management and “recreational use”.

Giving her conclusion, coroner Mary Hassell said Ratcliff was “near to the end” when she was admitted to hospital.

“I don’t think the morphine was used to end her life,” she said. “She was using it as she had used drugs for many years.”

“She died from a combination of two naturally occurring terminal conditions and an excess of morphine.”