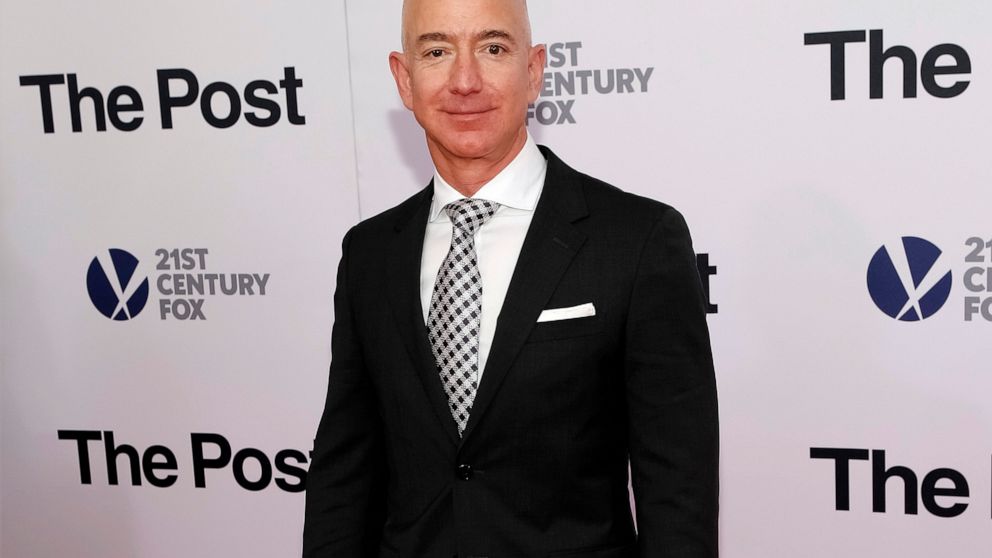 DUBAI, United Arab Emirates — The cellphone of Amazon founder and Washington Post owner Jeff Bezos was hacked in what appeared to be an attempt by Saudi Arabia’s crown prince to “influence, if not silence” the newspaper’s reporting on the kingdom, two U.N. human rights experts said Wednesday.

The U.N. experts called for an “immediate investigation” by the United States into a report commissioned by Bezos that showed the billionaire technology mogul’s phone was likely hacked after he received an MP4 video file sent from Crown Prince Mohammed bin Salman’s WhatsApp account after the two men exchanged phone numbers during a dinner in Los Angeles in 2018.

The video file was sent to Bezos’ phone five months before Saudi critic and Washington Post columnist Jamal Khashoggi was killed by Saudi government agents inside the Saudi consulate in Turkey in October. At the time, the crown prince was being widely hailed for ushering in major social reforms to the kingdom, but Khashoggi was writing columns in the Post that highlighted the darker side of Prince Mohammed’s simultaneous clampdown on dissent.

The Post was harshly critical of the Saudi government after Khashoggi’s killing and demanded accountability in a highly public campaign that ran in the paper for weeks after his death.

“The information we have received suggests the possible involvement of the Crown Prince in surveillance of Mr. Bezos, in an effort to influence, if not silence, The Washington Post’s reporting on Saudi Arabia,” the independent U.N. experts said.

At a time when Saudi Arabia was “supposedly investigating the killing of Mr. Khashoggi, and prosecuting those it deemed responsible, it was clandestinely waging a massive online campaign against Mr. Bezos and Amazon targeting him principally as the owner of The Washington Post,” the experts said.

Bezos first went public about the hack last year. He said the National Enquirer tabloid, whose owner has ties to the crown prince, was threatening to publish Bezos’ private messages and photos if he didn’t stop a private investigation he’d sought into the hacking of his phone.

Iyad el-Baghdadi, an activist who worked with Bezos’ investigators, told The Associated Press it appears the hacking was about free speech. “It’s not about trying to compromise a businessman for business purposes,” he said. “It’s not about Amazon, it’s about The Washington Post.”

“There was no information in there that’s relevant. There was no substantiation, there was no evidence,” he told an AP reporter at the World Economic Forum in Davos, Switzerland. “It was purely conjecture, and if there is real evidence, we look forward to seeing it.”

The independent experts, appointed by the U.N. Human Rights Council, published their statement after reviewing the report conducted by FTI Consulting, which was hired by Bezos’ security advisor to manage the investigation. The report was published in full exclusively by VICE’s Motherboard later on Wednesday.

The digital forensic investigation assessed with “medium to high confidence” that Bezos’ phone was infiltrated on May 1, 2018, via the video file sent from the crown prince’s WhatsApp account.

The U.N. experts said that records showed that within hours of receiving the video from Prince Mohammed’s account, there was “an anomalous and extreme change in phone behavior” with enormous amounts of data being transmitted and exfiltrated from the phone, undetected, over months.

The report stated that Bezos’ phone was compromised “possibly via tools procured by Saud al-Qahtani,” the former adviser to the crown prince who was sanctioned by the U.S. for his suspected role in orchestrating the operation that killed Khashoggi.

Saudi Arabia’s justice system found al-Qahtani not guilty of any wrongdoing in the killing. A judge sentenced five people to death and sentenced three others to a combined 24 years in prison in December for Khashoggi’s slaying.

Al-Qahtani was also head of Saudi Arabia’s cybersecurity federation and allegedly behind campaigns that created artificially-trending tweets to attack the prince’s perceived enemies, rally support around the leadership and stymie criticism on social media.

The full investigative report, reviewed by The Associated Press, found that due to end-to-end encryption, it was virtually impossible to decrypt the contents of the downloader to determine if it did indeed have any malicious code.

Saudi Arabia has already been accused of spying in America in a case involving Twitter. U.S. prosecutors in California allege that the Saudi government, frustrated by growing criticism of its leaders and policies on social media, recruited two Twitter employees to gather confidential personal information on thousands of accounts that included prominent opponents.

Adam S. Hickey, deputy assistant attorney general of the U.S. Department of Justice’s National Security Division, would not confirm or deny a U.S. investigation of the latest allegations was underway, but said “we investigate nation state-sponsored hacking all the time.”

Bezos visited Saudi Arabia in 2016 to meet with Prince Mohammed before the two men met again during the prince’s tour of the United States in 2018.

The billionaire had been looking for a site in the Middle East to expand Amazon’s cloud services. The company ultimately selected the island nation of Bahrain off the coast of Saudi Arabia.

During that time, Amazon had already expanded into the Middle East with its 2017 purchase of e-commerce website Souq.com, which is a competitor of Noon.com, a platform launched that same year and is heavily funded by Saudi Arabia’s Public Investment Fund, which is overseen by the crown prince.

Bezos went public last February after allegedly being shaken down by the National Enquirer, which he said threatened to expose a “below-the-belt” selfie he’d taken and other private messages and pictures he’d exchanged with a woman he was dating while he was still married.

Bezos wrote in a lengthy piece for the Medium that rather than capitulate to extortion and blackmail, “I’ve decided to publish exactly what they sent me, despite the personal cost and embarrassment they threaten. While he did not accuse Saudi Arabia’s crown prince of being behind the hacking of his phone, he noted that the owner of the National Enquirer had been investigated for various actions taken on behalf of the Saudi government.

Bezos’ chief investigator, Gavin De Becker, went further, saying in a published report last March that the investigation “concluded with high confidence that the Saudis had access to Bezos’ phone, and gained private information.” In a piece for The Daily Beast he outlined in detail what he said was the crown prince’s close relationship with David Pecker, the chairman of AMI, which is the parent company of the National Enquirer.

The investigation said that any number of cyber weapons could have been used, including Israeli spyware firm NSO Group’s Pegasus. The firm’s wares have been used by governments to target journalists in Mexico, opposition figures in Panama and human rights activists from the Middle East.

The U.N. experts said Bezos’ phone hacking occurred during a period in which the phones of two close associates of Khashoggi were also hacked, allegedly using the Pegasus malware.

In response, the company denied involvement in Bezos’ phone hack and said its technology was “not used in this instance”.