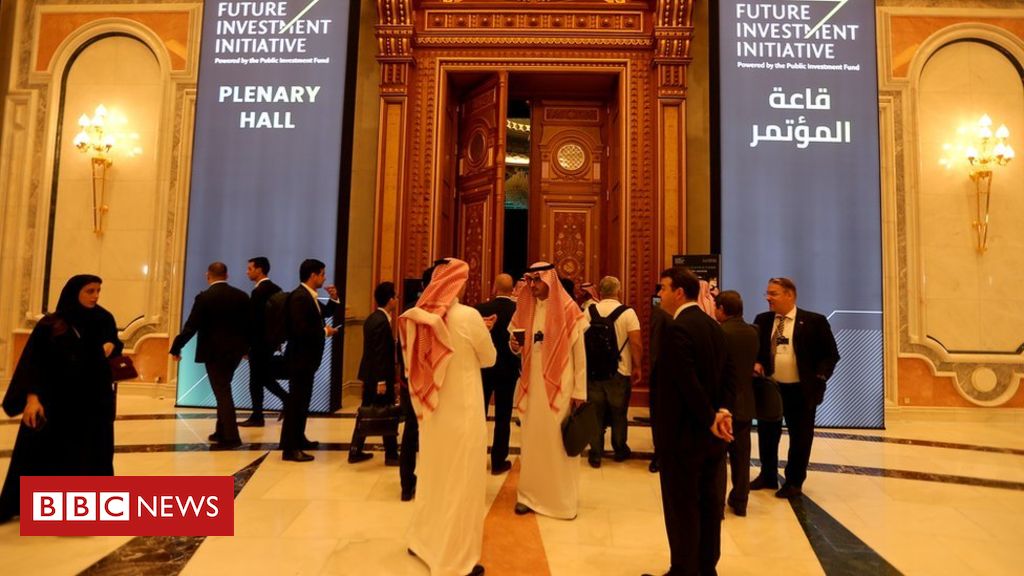 Saudi Arabia has attracted high-profile business and political figures to its “Davos in the Desert” event, including some who stayed away last year over the killing of journalist Jamal Khashoggi.

The event, under way in Riyadh, features US Treasury Secretary Steven Mnuchin, who pulled out last time.

Others who have changed their minds since then include the bosses of Credit Suisse, Blackstone and BlackRock.

HSBC’s John Flint dropped out in 2018, but interim boss Noel Quinn is there.

The event, officially known as the Future Investment Initiative, is being held for the third time and is viewed as the kingdom’s key annual investment event.

It is organised by Saudi Arabia’s Public Investment Fund and despite its nickname, has no connection with the World Economic Forum’s annual event in the Swiss resort of Davos.

It became mired in controversy last year amid a wave of revulsion after Mr Khashoggi, a prominent critic of Saudi Arabia’s government, was killed inside the kingdom’s consulate in Istanbul by a team of Saudi agents.

Saudi prosecutors have put on trial 11 people who they say were involved in the “rogue operation” that led to Khashoggi’s death. They are seeking the death penalty for five of them.

But Human Rights Watch says the trial does not meet international standards and that Saudi authorities have “obstructed meaningful accountability”.

On Tuesday, the first day of the three-day event, participants include three people who pulled out at the last minute last year:

Not all business sectors have returned to the Saudi fold. Uber chief executive Dara Khosrowshahi was one of last year’s dropouts and big tech firms are absent from this year’s line-up.

The forum is taking place as uncertainty continues over the timing of plans to float part of Saudi state oil giant Aramco.

The latest reports carried by al-Arabiya television suggest that shares in Aramco will begin trading on the Riyadh stock exchange on 11 December, but there has been no official confirmation.