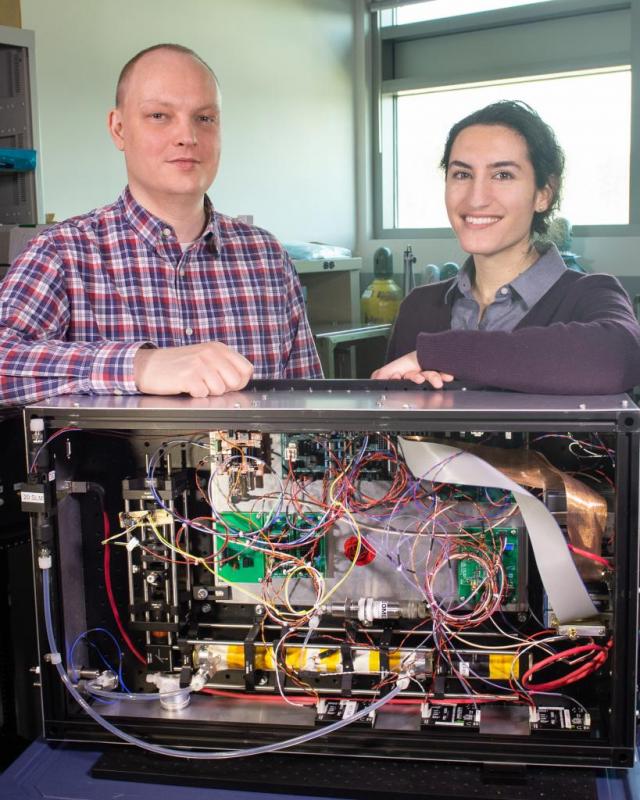 April 30 (UPI) — Researchers originally designed the ROZE instrument to detect hydroxyl, which rids the atmosphere of methane. But tests showed the instrument was surprisingly good at measuring ambient levels of ozone — better than the best available commercial ozone detectors.

“When we started this development effort, ozone was the farthest thing from our minds,” NASA research scientist Tom Hanisco said in a news release.

In his attempts to track hydroxyl levels, Hanisco deployed a technique known as gas filter correlation spectroscopy, which works by filtering out the wavelengths that interact with — or, are absorbed by — hydroxyl.

An air leak in the device’s cavity, which scientists intended to fill with hydroxyl, caused technical difficulties. Instead of producing hydroxyl, the instrument produced ozone.

“Ozone interfered, but we did a few quick numbers to see actually how much ozone we could see. As it turned out, the instrument was supersensitive to this molecule,” Hanisco said.

When Hanisco and his research partners conducted tests, they determined the re-named Rapid Ozone Experiment instrument was 100 times more precise than the best ozone-detecting devices.

In the stratosphere, ozone is essential. The molecule blocks ultraviolet rays. Closer to Earth’s surface, in the troposphere, ozone is a pollutant. It’s presence aggravates respiratory diseases that are responsible for thousands of deaths every year.

Ozone is produced in the troposphere when pollutants emitted by cars, power plants and other industrial sources react with nitrogen oxides in the presence of sunlight.

Hanisco expects the new ozone-measuring technology to be used to measure the precise movements of ozone, in order to more accurately estimate the lower atmosphere’s ozone budget.

“EPA has models that can predict how much ozone will form,” NASA scientist Reem Hannun said. “But these models don’t really know how fast it’s being deposited. If we don’t know the rate, we can’t accurately model how ozone moves from one area to the next, or how long it will stick around once formed.”