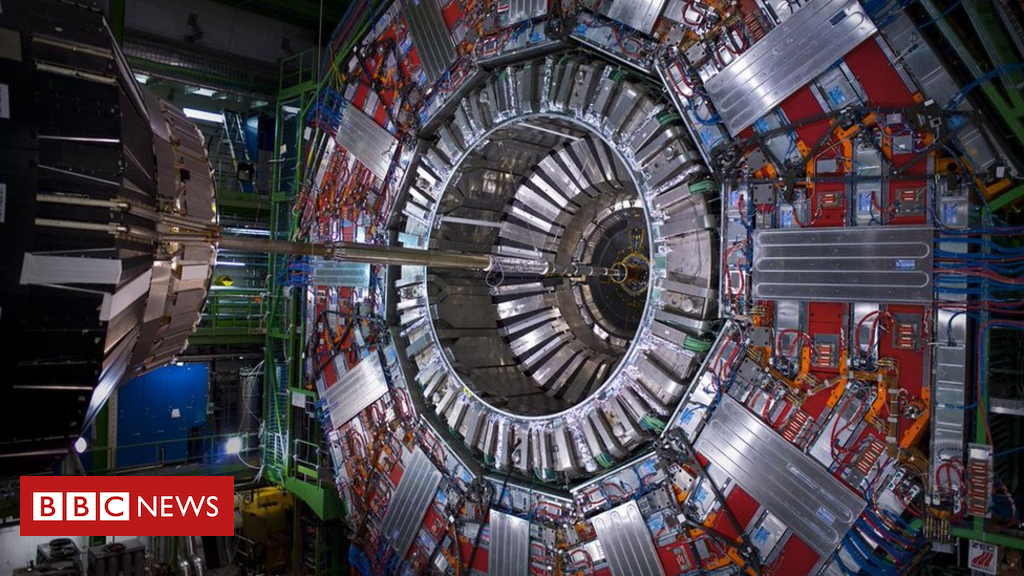 More than 250 scientists have so far signed a statement condemning the remarks of the Italian researcher who stated that physics was “built by men”.

Prof Alessandro Strumia presented an analysis to an audience of predominantly young female physicists which he claimed “proved” women were less capable at the subject than men.

The statement at particlesforjustice.org says Prof Strumia’s talk was “fundamentally unsound” and was “followed by open discrimination and personal attacks”.

In response, Prof Strumia told BBC News that the high-energy physics community was about 100 times bigger than the number that have so far signed the statement.

He said that the signatories “mostly come from those countries more affected by political correctness, which I indicated as the problem. This is what leads to academicians that want (to get) others fired for having ‘morally reprehensible’ ideas”.

The Pisa University-affiliated researcher made his comments – first reported by the BBC – during a workshop at the European Organization for Nuclear Research (Cern) – the lab on the Franco-Swiss border that discovered the Higgs Boson.

Cern has since suspended his participation from any activities at the lab.

Physicists from across the world are continuing to add their names to the statement.

“Strumia’s arguments are morally reprehensible,” it reads. “Belittling the ability and legitimacy of scientists of colour and white women scientists using such flimsy pretexts is disgraceful, and it reveals a deep contempt for more than half of humanity that clearly comes from some source other than scientific logic.”

The workshop at which Prof Strumia was speaking was aimed at helping women to become particle physicists.

But the audience of early career researchers was upset and angered by his analysis of published research papers from an online library. He told them that his analysis showed that physics was not sexist against women.

He produced a series of graphs which, he claimed, demonstrated that women were hired over men whose research had been cited more highly in publications – an indication of higher quality.

Prof Strumia also presented data that he claimed showed that male and female researchers were equally cited at the start of their careers before men then overtook women as their careers progressed.

In addition, he highlighted behavioural research that he said indicated that the “assumption that men and women have identical brains is an ideology”.

The statement at particlesforjustice.org forensically examines each of the claims and dismisses them.

“Strumia claimed to be proving that there is no discrimination against women, [but] his arguments were rooted in a circumscribed, biased reading of the data available, to the point of promoting a perspective that is biased against women,” it states.

“The origin and validity of the data he presented have not yet been corroborated, but even if we take it at face value in all cases there are obvious alternative explanations that … are directly in contradiction with his conclusions.”

Professor Strumia denied that his use of data was biased.

He told the BBC: “The data about citations and hirings show that women are not discriminated (against) in fundamental physics. We reward merit, irrespective of gender.”

The University of Pisa has said that it is considering a disciplinary review of his actions.