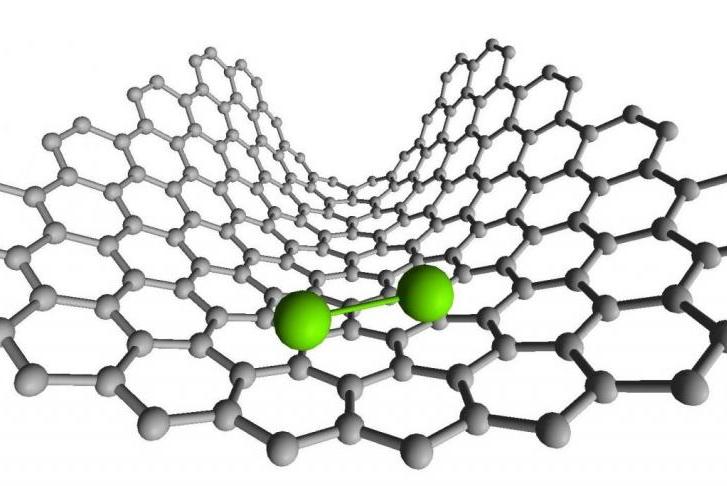 Now, for the first time, scientists have filmed chemical bond making and breaking in action. The breakthrough — described this week in the journal Science Advances — promises to offer scientists new insights into this fundamental atomic phenomenon.

The main reason chemical bonding isn’t well understood is that the processes happen on such a small scale. But atoms and their bonds aren’t just tiny, they’re also unruly. Atoms don’t like to sit still.

Luckily, a team of researchers from Britain and Germany have developed a way to trap atoms so they can be imaged using technologies like atomic force microscopy and scanning tunnelling microscopy.

“Nanotubes help us to catch atoms or molecules, and to position them exactly where we want. In this case we trapped a pair of rhenium (Re) atoms bonded together to form Re2,” study author Andrei Khlobystov, professor of chemistry at the University of Nottingham, said in a news release. “Because rhenium has a high atomic number it is easier to see in TEM than lighter elements, allowing us to identify each metal atom as a dark dot.”

Scientists have previously used electron beams to simultaneously image and incite atomic activity — to both catalyze and record chemical reactions. The method is known as transmission electron microscopy, and for the latest research, scientists used the technique to watch Re2 bond with carbon nanotubes.

“As we imaged these diatomic molecules by the state of the art chromatic and spherical aberration corrected SALVE TEM, we observed the atomic-scale dynamics of Re2 adsorbed on the graphitic lattice of the nanotube and discovered that the bond length changes in Re2 in a series of discrete steps,” said Ute Kaiser, professor at Ulm University in Germany.

The imaging experiments showcased a pair of Re2 atoms walking across the surface of the nanotubes.

“It was surprisingly clear how the two atoms move in pairs, clearly indicating a bond between them. Importantly, as Re2 moves down the nanotube, the bond length changes, indicating that the bond becomes stronger or weaker depending on the environment around the atoms,” said Ulm University researcher Kecheng Cao.

The recordings of the movements of the two atoms revealed a series of vibrations as their bond was stretched apart. When the bond ultimately broke, the vibrations ceased. These observations of bond making and breaking could help scientists better understand the magnetic, electronic and catalytic properties of materials.

“To our knowledge, this is the first time when bond evolution, breaking and formation was recorded on film at the atomic scale. Electron microscopy is already becoming an analytical tool for determining structures of molecules,” said Khlobystov. “We are now pushing the frontiers of molecule imaging beyond simple structural analysis, and towards understanding dynamics of individual molecules in real time.”