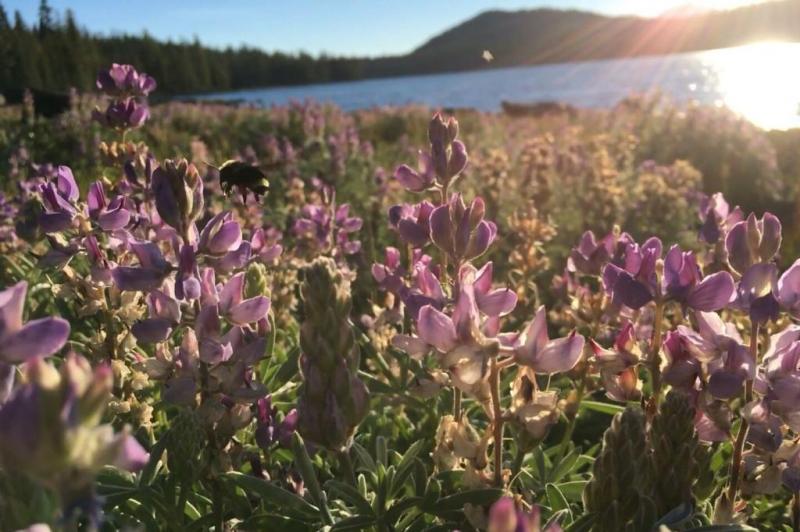 “We spent 16 minutes searching for bumble bees within a 20 meter radius plot,” lead study author Jerry Cole, a biologist with the Institute for Bird Populations, told UPI in an email. “Any time we saw a bumble bee using a plant we captured it in a net and then identified the plant to species.”

The researcher observed 13 different bumble bee species visiting more than 100 different species of flower. However, scientists determined the bees only preferentially selected 14 of the plant species.

Cole and his research partners, including scientists from the University of Connecticut and the USDA Forest Service, used statistical models to account for the abundance of flowers in each plot. If a flower is particularly abundant, it can make it appear as though bees have a preference for the flower when no preference exists. The flower, in other words, is simply available in great numbers, not preferred.

“The kinds of models that incorporate availability have been around and used for decades to answer questions about what habitat is most selected by a given organism,” Cole said.

All of the bee species showed a preference for many of the same species, but each species was found on flower species that others ignored. The list of flowers that bees preferred — including species like Agastache urticifolia, called nettleleaf giant hyssop or horse mint, and Lupinus polyphyllus, or large-leaved lupine — could be used to inform habitat restoration.

The findings, published Tuesday in the journal Environmental Entomology, don’t suggest there is a handful of flower species that are key to bee health. Instead, the results echo those of other studies that showed plant diversity is essential to bee health. The largest bee populations are found in habitats with a variety of flowers.