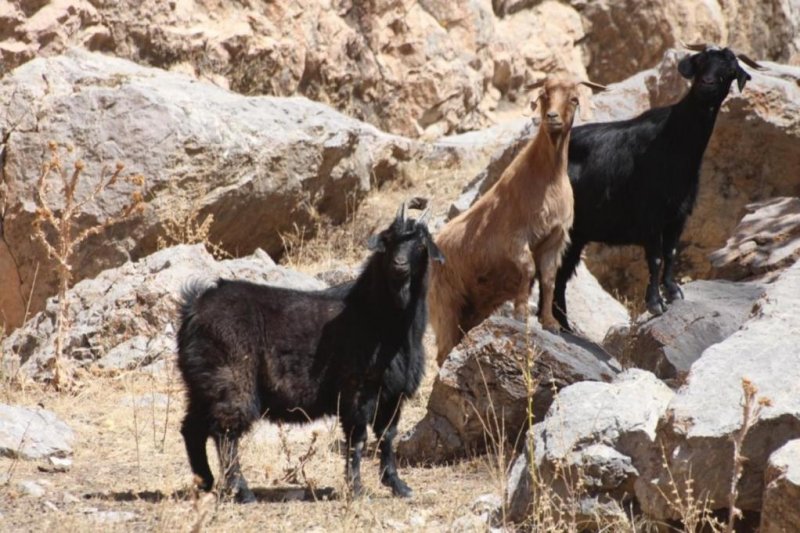 April 8 (UPI) — Neolithic herders were tending flocks of sheep and goats as early as 8,000 years ago on the slopes of Central Asia’s mountains.

The earliest crops and domesticated livestock originated around 10,000 years ago in the Fertile Crescent of Mesopotamia and the mountains of Western Asia.

During the millennia that followed, the so-called Neolithic Revolution spread north in Europe and south into Africa and South Asia. However, most researchers estimated it took a few thousand more years for sheep, cattle and goats to make their way to Central Asia.

The latest research, published Thursday in the journal Nature Human Behavior, suggests livestock were moving along the trade pathways that would come to form the Silk Road much earlier than previously thought.

The return to a previously excavated rock shelter on Kyrgyzstan’s southern border with Uzbekistan, which had previously yielded an assemblage of stone tools, turned up a collection of bone fragments that looked a lot like the remains of goats and sheep.

Scientists radiocarbon dated bones and teeth from the site, revealing the oldest cultural layer to be at least 8,000 years old.

Burn and cut marks on the bone fragments suggested the animals had been butchered, cooked and eaten, and growth layers in bones proved they were slaughtered in the fall. Throughout history, herding societies have slaughtered animals during autumn.

Because the bones were so fragmented, researchers were unable to rely on anatomical analysis techniques for identification. Instead, scientists used genomic data, as well as a method called collagen peptide fingerprinting, to confirm the identities of the animals.

Scientists compared the results of their analysis with genomes of both wild and domestic sheep species originating from Eurasia.

“With each new line of evidence, it became increasingly clear… these were not wild sheep — they were domestic animals,” lead study author William Taylor, an expert on animal domestication at the University of Colorado-Boulder’s Museum of Natural History and the Max Planck Institute for the Science of Human History, said in a press release.

Though previous studies have suggested Central Asia as a place of cultural dynamism and genetic admixing, much of the region’s early human history remains murky.

Even with much more to discover, researchers say the latest findings provide new clarity.

“This discovery just illustrates how many mysteries still remain regarding the prehistory of Inner Asia — the cultural crossroads of the ancient world,” said study co-author Robert Spengler, researcher at the Max Planck Institute.

Researchers plan to conduct further surveys of rock shelters and dig sites in the region in hopes of determining the scope of animal domestication across Central Asia.

“This work is just the beginning,” said Taylor. “By applying these interdisciplinary techniques from archaeological science, we are starting to unlock the clues to Central Asia’s past.”