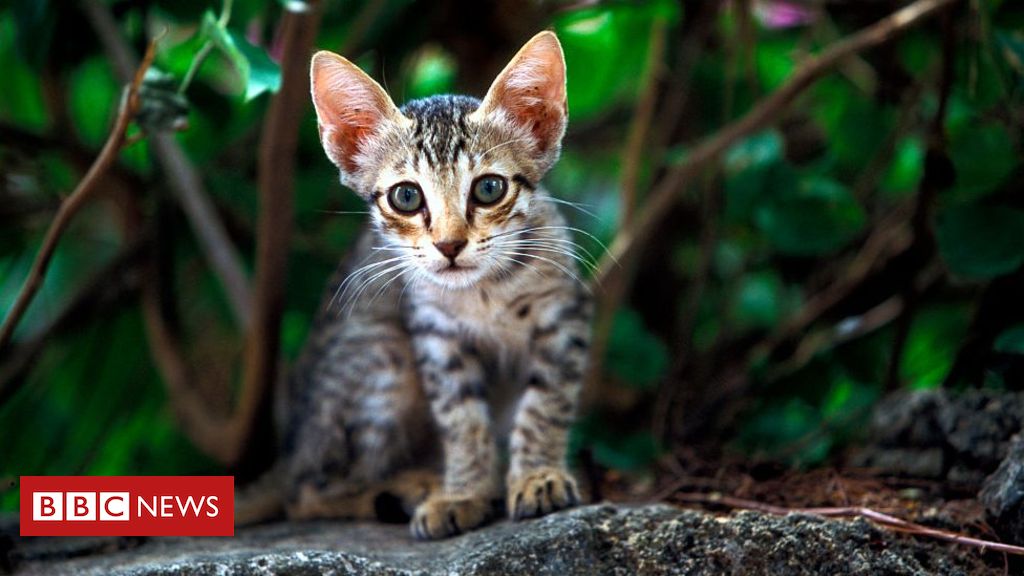 Scientists are calling for a widespread cull of feral cats and dogs, pigs, goats, and rats and mice to save the endangered species they prey upon.

Their eradication on more than 100 islands could save some of the rarest animals on Earth, says an international team.

Islands have seen 75% of known bird, mammal, amphibian and reptile extinctions over the past 500 years.

Many of the losses are caused by animals introduced by humans.

Not naturally present on islands, they can threaten native wildlife.

“Eradicating invasive mammals from islands is a powerful way to remove a key threat to island species and prevent extinctions and conserve biodiversity,” said Dr Nick Holmes, from the group Island Conservation.

The study, published in PLOS ONE, identified 107 islands where eradication projects could benefit 9.4% of the Earth’s threatened island species.

The researchers argue the likes of feral cats are not of conservation concern, but the species they threaten are often found only on islands where the entire population is at risk of extinction.

Stuart Butchart, chief scientist at Birdlife International, said the action could save “extraordinary species that have evolved in isolation and are only found on these remote islands”.

Some culls have already taken place on islands. The world’s largest rodent eradication project was recently declared a success, with the UK territory of South Georgia becoming rat-free for the first time in more than 200 years.

Among the islands identified in the new study are 20 belonging to the UK’s Overseas Territories, including:

“This study shows how important it is to remove invasive mammals from islands to prevent further extinctions,” said Jonathan Hall, the RSPB’s Head of UK Overseas Territories.

“What is needed now is the political will and funding to help carry out this much needed work and restore these islands to their previous magnificence.”