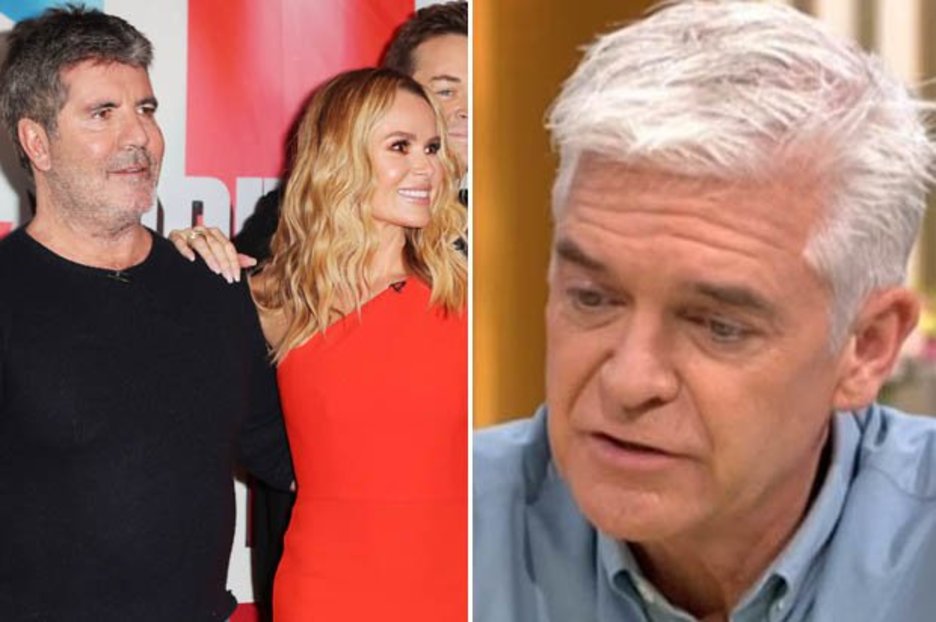 Simon Cowell has shown his support for fellow Britain’s Got Talent judge Amanda Holden amid her feud with Phillip Schofield.

Cowell, 59, reportedly rang Amanda, 48, to say her job was safe on the show, following reports it could be at risk after she hit out at Phillip, 57.

Simon said: “I respect her for standing up for herself.”

He added to The Sun on Sunday: “Am I on her side? She’s back on the show.

“I can’t make it clearer than that.”

Sources also claimed  to the publication that Simon has given Amanda a pay rise as a further sign of support amid the row.

This Morning craft queen Sophie Prescott accused Amanda of having a “me, me, me” attitude, and begged ITV to get rid of her.

She has since done a U-turn on her original comments and apolgised, citing: “She didn’t speak those words.”

Sophie’s comments came after Amanda accused Phillip of being the reason she didn’t get the stand-in presenting job on This Morning when Holly Willoughby was away filming I’m a Celebrity… Get Me Out of Here!.

Rochelle Humes, 30, instead took on the role, with it being alleged that Phillip “campaigned” for this outcome.

ITV denied Phillip had any involvement in the final decision.

Amanda claimed she texted Phillip to offer an “olive branch” towards the end of last year.

But alleged she was “snubbed” by him.