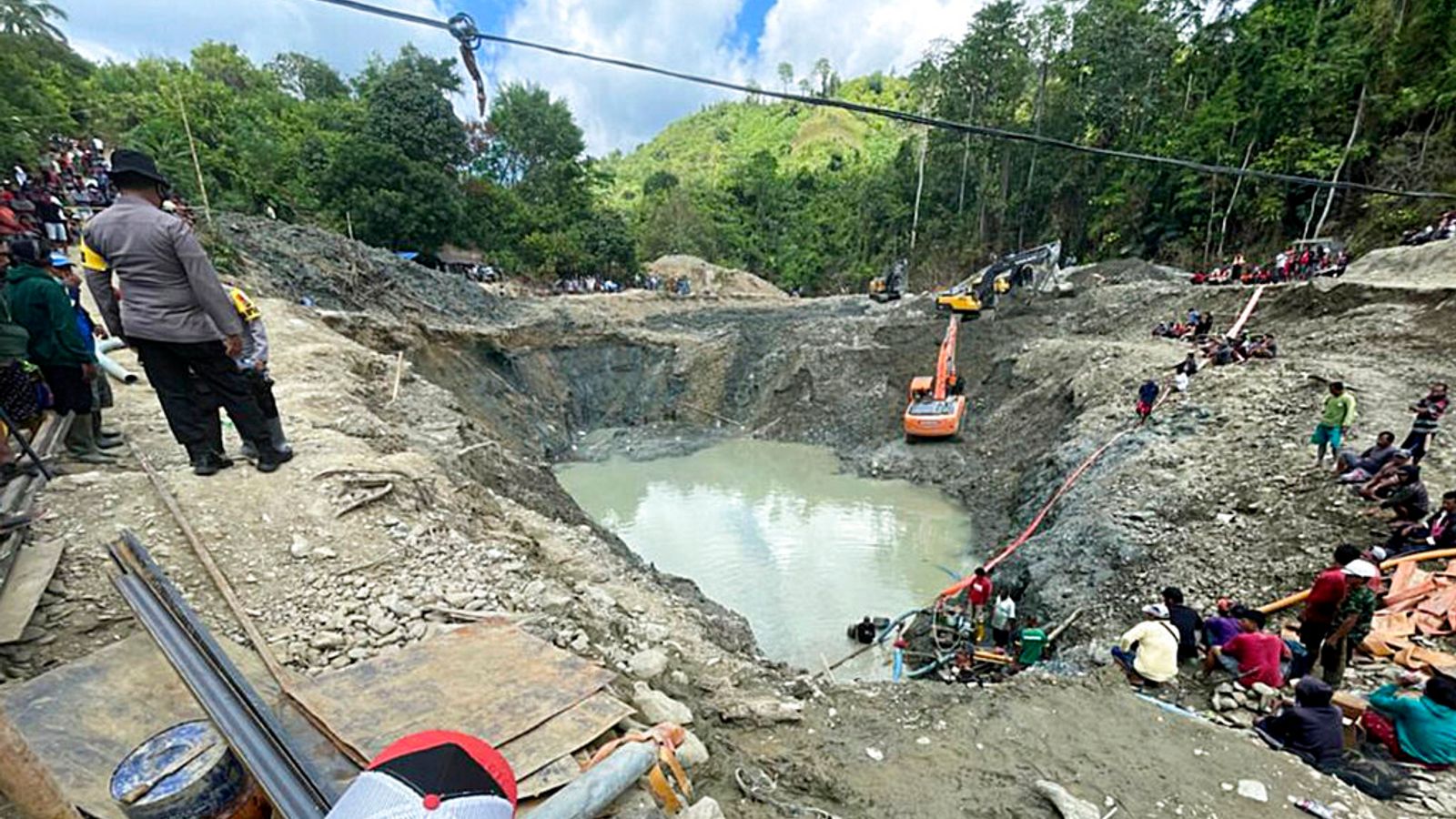 Six people have been killed after an illegal gold mine in Indonesia’s Sulawesi island collapsed on nearly two dozen people working inside.

One other worker is missing following the incident, officials said on Thursday.

An estimated 22 people became trapped in the rubble when the mine in Central Sulawesi province’s Parigi Moutong district collapsed late on Wednesday due to unstable soil, according to Andrias Hendrik Johannes, who heads the local search and rescue agency.

The bodies of four women and two men were recovered during a gruelling search effort through the night.

Rescuers were also able to pull 15 survivors from the debris.

Police, emergency personnel, soldiers and volunteers have been trying to locate one worker who is still missing.

However, their efforts were hampered by the remote location of the mine and the unstable soil that risked further slides.

Video from the scene showed rescuers struggling to bring out a body bag from an inundated ravine.

Illegal or informal mining operations are commonplace in Indonesia, but put workers in conditions with a high risk of serious injury or death.

Landslides, flooding and collapses of tunnels are just some of the hazards putting labourers’ lives at risk.

Meanwhile, much of the processing of gold ore involves use of highly toxic mercury and cyanide by workers using little or no protection.

Indonesia accounts for about 3% of the world’s gold production – most of that coming from the Grasberg mine in Papua province, said to have $ 40bn (£28bn) in reserves and up to 20,000 workers.