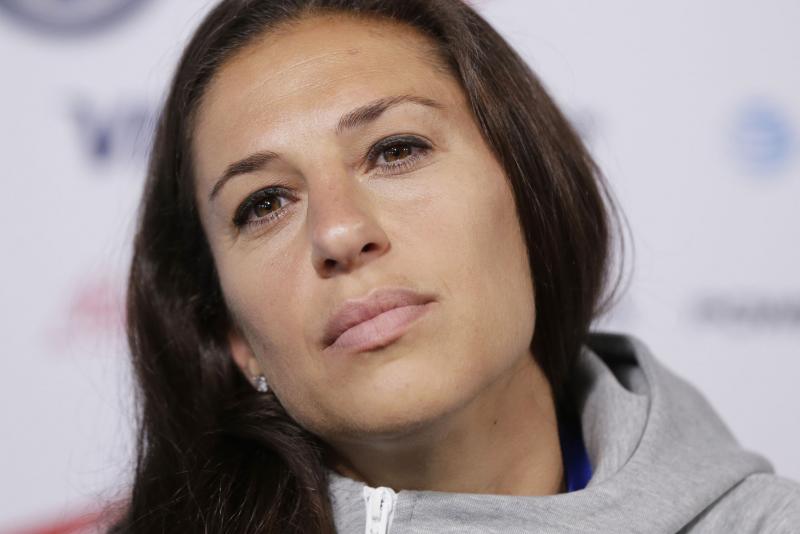 Aug. 27 (UPI) — An anonymous NFL team offered Carli Lloyd a chance to kick during a preseason game, but the soccer star had a scheduling conflict because of a United States Women’s National Team.

Lloyd’s trainer, James Galanis, told Fox Sports that multiple NFL teams approached Lloyd after video of her successful 55-yard field goal attempt surfaced last week during a training session with the Philadelphia Eagles. One of those teams told Lloyd she could be on its roster for a final preseason game Thursday.

The U.S. women’s team has a friendly match against Portugal at 7 p.m. EDT Thursday in Philadelphia.

Lloyd has participated in similar training sessions with NFL teams. She made a 35-yard attempt during a 2015 session with the Houston Texans. She hit a 45-yard field goal while visiting with the Dallas Cowboys in 2018.

Lloyd confirmed she received inquiries after the Eagles practice during an interview with Planet Futbol TV.

“There’s been some interesting chatter about it,” the two-time World Cup champion said. “I think anything is possible. It’s been really interesting because for me, I’m just an athlete. I’m a competitor.

“But for so many other people, I think they’re starting to think, will there ever be a female in the NFL at some point? And I think we’re kind of at that crossroads as far as equality and, you know, just women empowerment, so you’re kind of being in the crosshairs of that.

All of the NFL’s remaining 2019 preseason games are Thursday.

“Knowing Carli, I don’t think she would just hop on and do it,” Galanis said. “She would need a couple of weeks training just to get comfortable and acclimatized. But things have escalated and it is real.”

NFL teams can carry 90-man rosters for the final week of the preseason before cutting them to 53 players by 4 p.m. EDT Saturday.