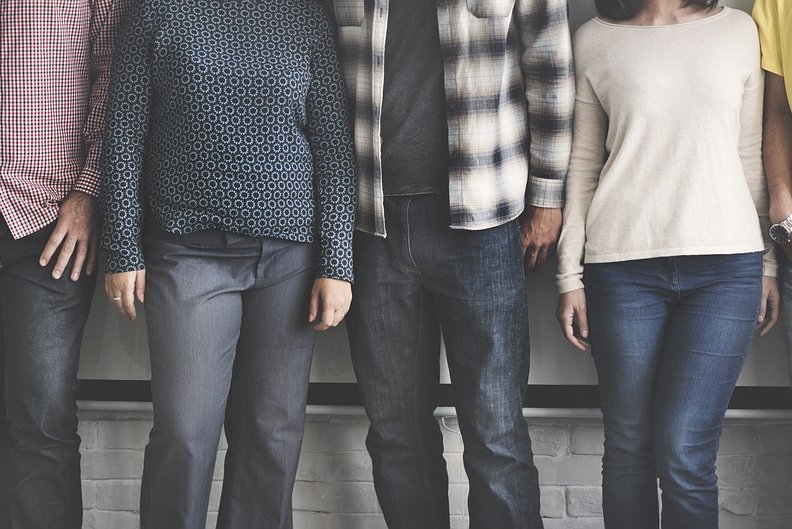 Jan. 13 (UPI) — How can cultures that developed on opposite sides of the world come to similar understandings about colors, shapes, familial relationships and other categorical systems?

The traditional explanation for this cross-cultural continuity is that humans are born with categories wired into their brains.

Researchers with the Annenberg School for Communication at the University of Pennsylvania, however, have an alternative explanation.

It’s not the human brain, exactly, that yields categorical consensus across disparate groups, researchers contend in a new paper, published in the journal Nature Communications, but the dynamics of consensus building among large groups of people.

The phenomenon of “category convergence” has long been recognized by archaeologists in the artistic and cultural preferences of ancient societies, and it continues to manifest itself throughout modernity.

“If a European speaks to someone from Asia, they naturally expect their conversation partner to describe the sky as ‘blue’ and a plant as ‘green,’ despite the fact that there is no ‘natural’ categorical division in the color spectrum that distinguishes between blue things and green things,” Damon Centola, researcher with Network Dynamics Group at the Annenberg School, told UPI in an email.

Because modern telescopes field more data than astronomers can keep up with, researchers often seek the assistance of volunteers to survey images of massive, amorphous galaxies and look for patterns.

“Citizen scientists from around the world collectively discovered a new kind of galaxy, called a ‘green pea’ galaxy, which was a result of a shared interpretation across many cultures that there was a consistent aberration in the scientific data,” Centola said.

To better understand how this kind of convergence happens, Centola and his colleagues recruited study participants and assigned them to different sized groups, ranging from 1 to 50.

Researchers had the groups of volunteers play an online game that tasked participants with organizing unfamiliar shapes in a meaningful way.

The smaller groups categorized the shapes in all sorts of idiosyncratic ways, but the larger groups all independently developed almost identical category systems.

“There are certain tendencies that most people have,” Centola said. “For instance, more people are right-handed than left handed. As a result, many of the norms and customs that emerge, such as shaking hands, typically conform to these tendencies — people typically shake with the right hand, even though there is no formal rule about it.”

“We found something similar in people’s perceptions of ambiguous information,” he said. “Unlike ‘handedness,’ which only has three options: right, left, or both, perception is more like a Rorschach test. There are lots options for what people can see and how they might categorize things, and lots of diversity in a large population.”

As Centola explains it, any two people might agree upon a unique way of perceiving and categorizing the world, but as the consensus-making groups gets bigger, even the most subtle preferences get reinforced by group dynamics and common ways of seeing and organizing the world emerge.

“If there are 100 idiosyncratic interpretations bouncing around, and a 101st interpretation that seems to be suggested slightly more often, then the entire population will tend toward agreement on the 101st way of looking at things,” Centola said.

“It will become the common interpretation. We found this same process happening in a nearly identical fashion in every large population,” he said.

After collecting data from their shape-sorting experiments, researchers were able to build a computer model to simulate category convergence in large groups.

Both their experiments and the resulting model demonstrate how the dynamics of large social networks are essential to the formation of cross-cultural category systems — universal concepts like the color red, for example.

According to Centola, it’s not that the concept of red doesn’t exist in individual brains. It does, but it’s usually discarded.

“Even though ‘red’ passes through the two-person conversation, it’s not a compelling focal point. Small groups can wind up with ‘yelred’ or “orink,'” Centola said. “In other words, it’s really tricky to say ‘categories are basically in the head’ since individuals don’t seem to make the same choices that large groups do.”

Centola said that social networks do a lot of work to clear the ambiguity of the world and “give everything the appearance of crisp boundaries.”

“An individual or two won’t see these boundaries clearly, but in a large group, network dynamics produce a kind of collective intelligence that turns ambiguous stimuli into crisp, widely intelligible categories,” he said.

Centola hopes this new way of thinking about and analyzing categorical consensus can be used to tackle a variety of social problems — problems like prejudice in healthcare.

Numerous studies have shown that “implicit bias” remains a pervasive problem in medicine, with women and minorities regularly receiving substandard care as result.

The biases that cause doctors and nurses to give lower priority to female patients and patients of color is so subtle, Centola argues, that it’s extremely difficult to recognize and root out — especially at smaller scales.

“These tendencies become unconsciously reinforced in clinicians’ professional networks until they are accepted as standard practice,” he said. “The horrifying result is that persons of color with a heart condition are typically categorized differently, and therefore treated differently than white patients with the same heart condition.”

Centola has been working on ways to reengineer social network interactions to eliminate biases instead of reinforce them.

Currently, Centola and his colleagues are working to use category convergence — and “harness the wisdom of the crowd” — to tackle to problem of social media moderation.

Instead of leaving decisions about who and what warrants censorship, the job of identifying inappropriate content might be better left to the hands of large groups of consensus builders.

“By creating connected groups of content moderators who can work collectively to uncover an agreed up on pattern of classification, we can offer a solution that helps social media companies determine which content should be permitted versus removed, and which also reduces the psychological and emotional burden of content moderation,” Centola said.