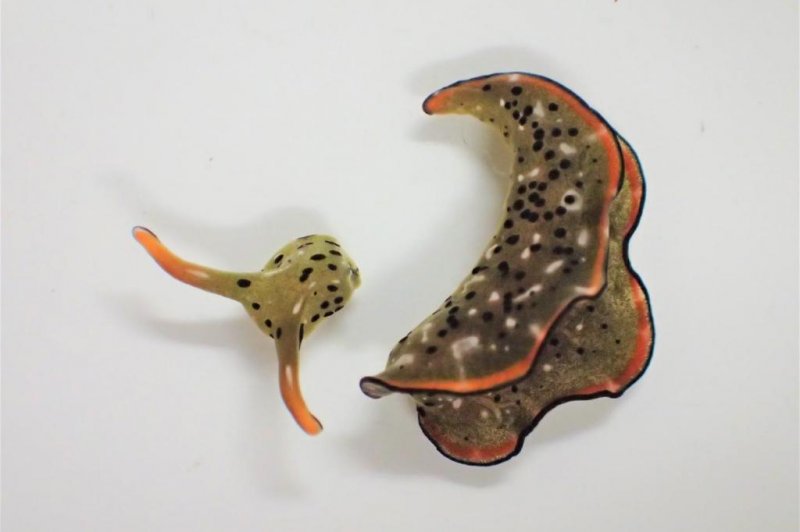 March 8 (UPI) — For at least two species of sea slug, decapitation is no big deal. After purposefully severing its head, a sacoglossan sea slug can regrow its entire body, heart and all.

Scientists observed the phenomenon — detailed Monday in the journal Current Biology — while studying the development of the marine invertebrates, from eggs to adult sea slugs.

In the lab, researchers noticed the head of a sacoglossan sea slug moving around without its body.

“We were surprised to see the head moving just after autotomy,” lead author Sayaka Mitoh, a doctoral candidate at Nara Women’s University in Japan, said in a press release.

“We thought that it would die soon without a heart and other important organs, but we were surprised again to find that it regenerated the whole body,” Mitoh said.

A week later, the slug started growing a new heart. In less than three weeks, it had a brand new body.

Scientists kept a close eye on the slugs, and witnessed several more of them amputate their bodies.

After separation, the heads moved immediately. The bodies responded to touch for several hours, some for months, but failed to regrow heads and eventually died.

The two sacoglossan sea slug species involved in the study are able to incorporate algae’s photosynthesizing chloroplasts into their bodies, a strategy called kleptoplasty. Scientists suspect the severed heads use the chloroplasts to convert the sun’s rays into energy while they regenerate new bodies and organs.

Unfortunately for veteran slugs, decapitation and regeneration are a young slug’s game. The heads of older slugs survived for about a week, post-severance, but died without regrowing a body.

The mechanics of the phenomenon have yet to be studied in-depth, but scientists estimate the slugs use stem-like cells located near the amputation cite to regrow the body and internal organs.

Scientists also aren’t yet sure why the slugs perform the amputation and regeneration, but they suspect the process may help slugs get rid of parasites that prevent healthy reproduction.

“As the shed body is often active for months, we may be able to study the mechanism and functions of kleptoplasty using living organs, tissues, or even cells,” Mitoh said. “Such studies are almost completely lacking, as most studies on kleptoplasty in sacoglossans are done either at the genetic or individual levels.”