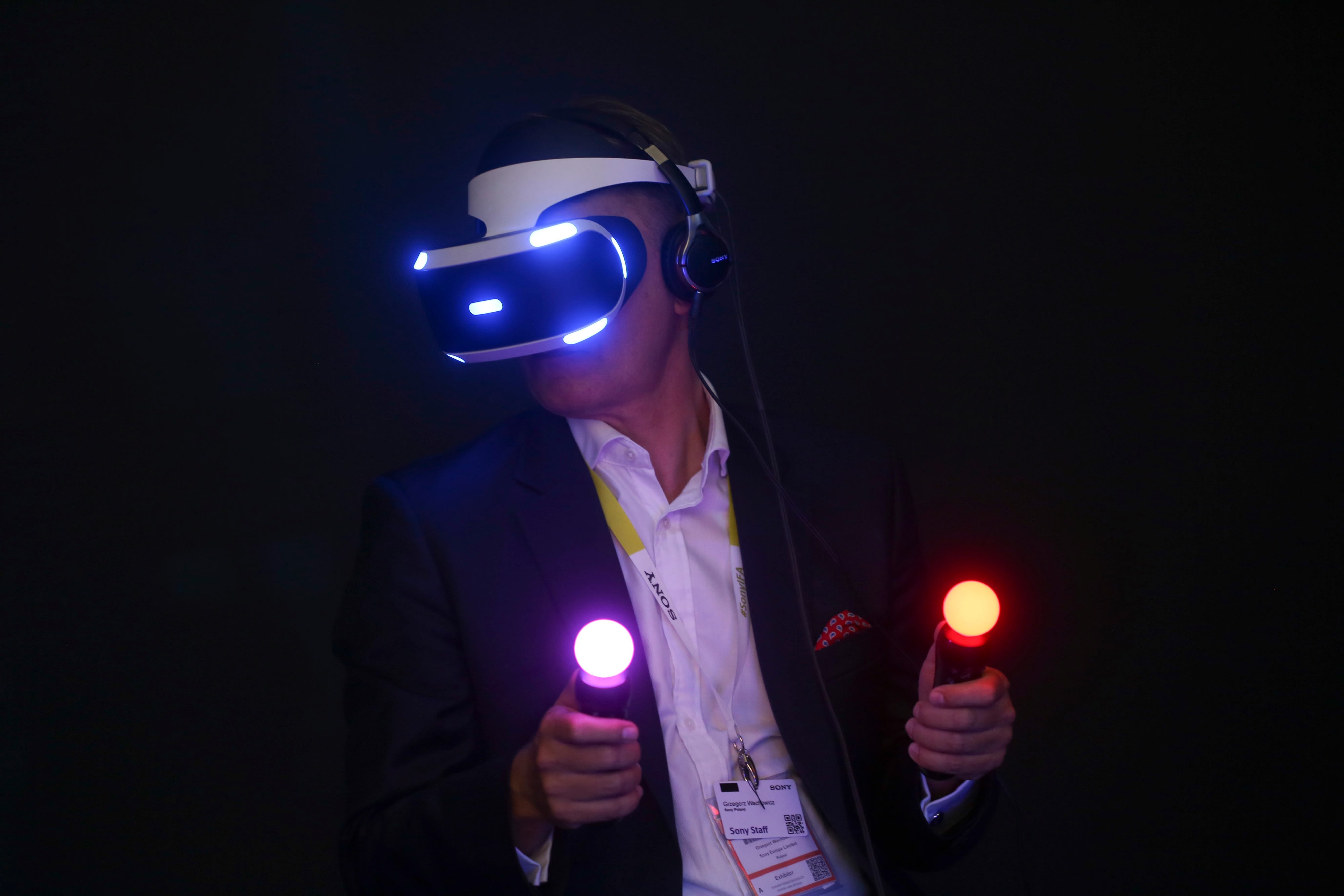 A visitor holds illuminated controllers while wearing a prototype of the Sony Project Morpheus virtual reality gaming headset at the IFA tech show in Berlin, Germany, on Sept. 3.

LISBON, Portugal — Europe’s technology industry is thriving and showing signs that it can compete with the U.S., the chief of Sony’s venture capital arm told CNBC.

“When we started the Sony Innovation Fund, we thought it would consist of mainly the U.S portfolio,” Gen Tsuchikawa, head of the unit, said in an interview at the Web Summit technology conference. “But as we cultivated the European market, we found lots of different ideas in Europe.”

He questioned the perception that Europe’s tech sector has lagged behind America and China’s. While both countries have produced huge tech companies in industry hubs like Silicon Valley and Shenzhen, Europe is in many ways still searching for a tech giant of its own.

“The money is here,” Tsuchikawa said, adding that institutional investors are more willing to bet on European start-ups at later stage funding rounds. “There are smart people with smart ideas which can scale here, so I think I’m pretty optimistic.”

In terms of sectors, Sony’s VC boss said it was particularly focused on areas in the entertainment space like gaming and music. The company has become recognized as a dominant force in both markets, given its ownership of Sony Music and the PlayStation console.

The group recently established a new fund called Innovation Growth Ventures, which has pooled cash from major Japanese banks as well as capital on Sony’s own balance sheet.

The new investment vehicle closed an initial tranche of funding earlier this year and is targeting another one by the end of the year that will lift its total raised to $ 200 million, Tsuchikawa said.

Tsuchikawa was previously in charge of investor relations and mergers and acquisitions at Sony. As head of Sony’s VC arm, he’s charged with overseeing the fund’s investments across its main regions — Europe, Japan and the U.S.