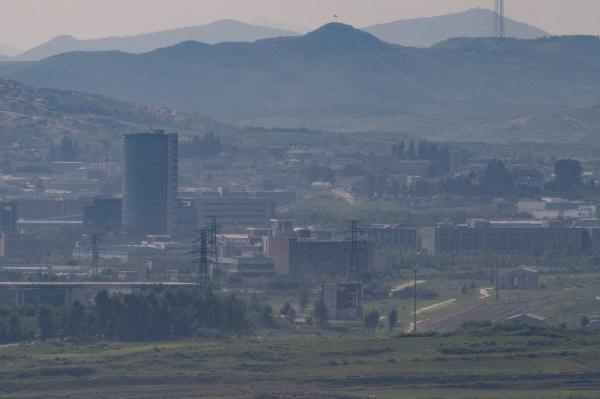 The report revealed the findings of a Unification Ministry panel tasked with reviewing the previous administration’s North Korea policies, including the closure of the Kaesong Industrial Complex. The nine-member committee was launched in September this year, according to News 1.

Located just above the inter-Korean border, the Kaesong factory zone hosted a total of 124 South Korean companies. More than 54,000 North Korean workers were hired to produce clothes, utensils and other labor-intensive goods.

Three days after the North’s rocket launch on February 7, 2016, the previous government announced that the National Security Council had decided to freeze all Kaesong operations in order to prevent the workers’ wages from supporting the regime’s weapons of mass destruction program.

However, the panel discovered that the closure decision had actually been made on February 8 under former President Park’s “unilateral verbal orders” without undergoing official decision-making procedures or consultations.

Under the South Korean constitution’s Article 82, the president is required to execute acts through written documents which must also be signed by the Prime Minister and other relevant officials.

The panel report says ministry officials had criticized the decision, warning a sudden closure could incur substantial losses. However, a presidential official told the ministry that Park’s orders could not be altered.

Days after closure was announced, the presidential office delivered a document to the unification ministry, containing “what appeared to be supportive material” to back the claim that wages earned from the Kaesong factories flowed into development of WMD.

The document lacked substantive evidence as it cited unverifiable sources, according to the committee.

The review also found that various other government decisions on inter-Korea relations and responses to North Korean provocations had been “controlled” by the top office.

Unification Ministry spokesman Baik Tai Hyun said Thursday that the government will take time to review the findings and recommendations presented by the panel, before deciding on follow-up measures.

He said the ministry will strengthen its capacity in decision-making roles concerning inter-Korean relations as well as unification, Yonhap reported.