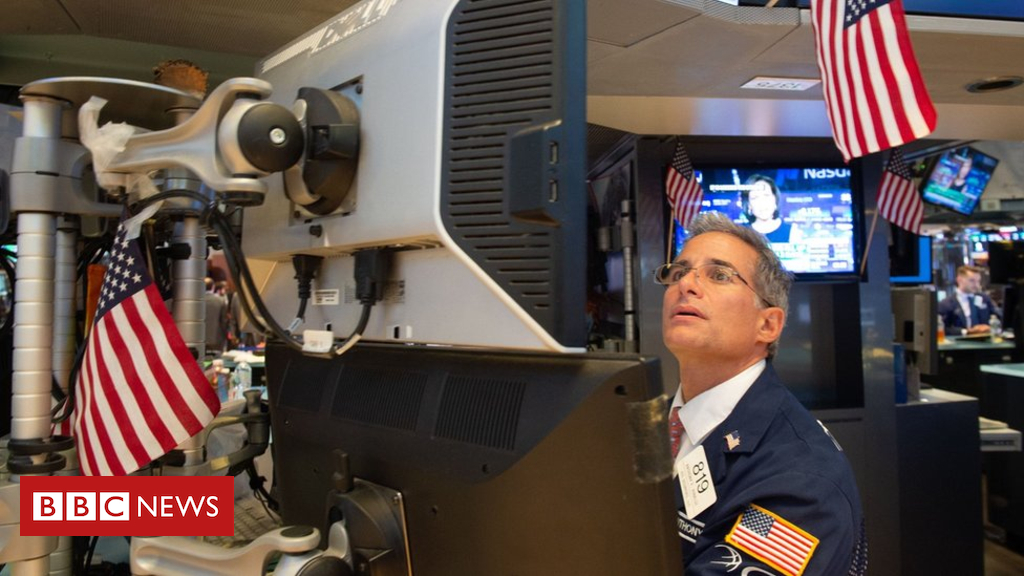 The S&P 500 share index, which tracks the 500 biggest public companies in America, has hit a new milestone.

The benchmark index on Wednesday marked 3,453 days since its prior low-point, set on 9 March 2009, when the world was reeling from the financial crisis.

By many counts, that is the longest run without a fall of 20% or more in index history, a “bull” run in market-jargon.

Overall the index has risen almost 325% in the period, lifted by companies such as Apple, Microsoft and Amazon.

This year, it is up more than 6%, despite worries about rising inflation, interest rates and trade disputes.

On Wednesday the index was largely unchanged, closing at 2,861.82, down less than 2 points.

The failure of the index to pass that threshold has left the milestone in a little doubt, since analysts typically mark the end of bull markets at their peaks. So if the market crashes before the index reaches a new high point, then analysts will declare that the bull market to have ended in January.

However, most analysts expect the market to continue to rise, eventually establishing a new high.

“The bottom line is that the US is doing well – and much better than any other market,” said Howard Silverblatt, senior index analyst at the S&P Dow Jones Indices.

The US has Silicon Valley to thank for much of this rally.

Apple has been the single biggest contributor to the S&P index, accounting for 4.1% of the gains since 9 March 2009, followed by Microsoft.

Overall, technology companies contributed more than 22%, followed by the consumer discretionary sector – a category that includes Amazon – at about 16%.

This year, the tech sector has been responsible for more than half of the rise on the index.

This has fuelled some concerns about a tech bubble.

In April 2007, about 65% of Americans had money invested in the stock market, according to Gallup. That share had shrunk to about 55% this year.

“I don’t think we’re getting that kind of irrational exuberance,” Mr Stovall said, noting the current run has been dubbed the “most hated” bull market.

“Investors were hurt so badly by the prior bear market that they have been very mistrustful.”

The US government and central bank took extraordinary action in 2008 and 2009 to spark the recovery, investing billions to bail out struggling banks and car companies and buy up securities backed by troubled home loans.

As jobs returned, consumer spending – the main driver of the US economy – picked up. Global expansion provided another boost.

While many analysts forecast the slow and steady economic rebound, the stock market gains, especially in the US, have been surprisingly strong, said John Rekenthaler, vice-president of research at Morningstar.

He said that’s in part because US companies have largely avoided passing higher profits onto employees in the form of higher wages, helping to keep inflation in check and interest rates low.

They have also lifted share prices by purchasing their own shares and benefited from loose enforcement of competition rules.

Last year, the US slashed its corporate tax rate from 35% to 21%, further helping the corporate bottom line.

“What the … analysis missed was that employees wouldn’t be sharing so much in higher revenues.”

Gains aside, the returns of the current bull market have been somewhat lacklustre compared to prior rallies, said Mr Silverblatt.

The index’s roughly 325% returns fall short of the 417% gain during the previous record-setting bull market, which ran for most of the 1990s.

“You’re not going to cry for either one, but the bottom line is the other one did better,” Mr Silverblatt said.

Analysts said the steadier returns may signal that the current bull market remains sustainable – at least over the next 12 months or so – assuming that factors like inflation and interest rates remain on their current trajectory.

“It’s not the most lucrative but I don’t know that I would say I’m dissatisfied,” Mr Rekenthaler said, noting that inflation has also been low. “It’s got a more stable feel to it.”