Such satellites monitor a range of climate conditions, such as sea levels, deforestation and the release of greenhouse gases, particularly methane, according to new industry reports and a panel of experts at the recent International Astronautical Congress.

Climate change services are helping drive up sales in the Earth-observation industry, which are expected to reach $ 8.1 billion annually by 2029, according to a September report from France-based analyst firm Northern Sky Research.

The company has launched 150 satellites using such companies as SpaceX and California-based Rocket Lab.

Pandey said Planet uses the United Nations’ sustainable development goals to guide its business. Such goals include combatting climate change around the globe and providing access to clean water and affordable clean energy for everyone.

“We want to make sure that our imagery is used for a purpose and these are the goals that we’re supporting at the moment,” Pandey said.

One of Planet’s marquis climate change projects was to monitor the health of the Brandenburg Forest in Germany for the German government, Pandey said.

“The results that we saw in Brandenburg Forest were incredible because [the satellites] were able to accurately detect health issues among the trees,” Pandey said. “We were able to reduce the time spent on the ground by personnel there and to help them lower costs.”

Planet plans to launch nine more Earth observation satellites, which it calls SuperDoves, from New Zealand on Wednesday with Rocket Lab. The mission also will carry another Earth observation spacecraft for Canon Electronics, the CE-SAT-IIB, which has a telescope equipped with an ultra-high sensitivity camera to take night images of the Earth.

Similar satellites were launched several times this year from Florida with SpaceX.

Bluefield still is testing sensors that detect leaks of methane — a potentially dangerous gas that contributes to global warming. Capella, co-founded by a former NASA engineer, is focused on high-resolution radar images from its spacecraft, named Denali and Sequoia.

“There’s a strong scientific case to be made for methane [detection] since it is … the second-largest contributor to [human-caused] climate change,” Quatrevalet said. “Any additional large source of methane could be a big problem.”

Constellations of satellites that feature optical technology, radar or radio frequency monitoring are expected to grow to more than 1,000 in orbit, said Dallas Kasaboski, senior analyst with Northern Sky Research. 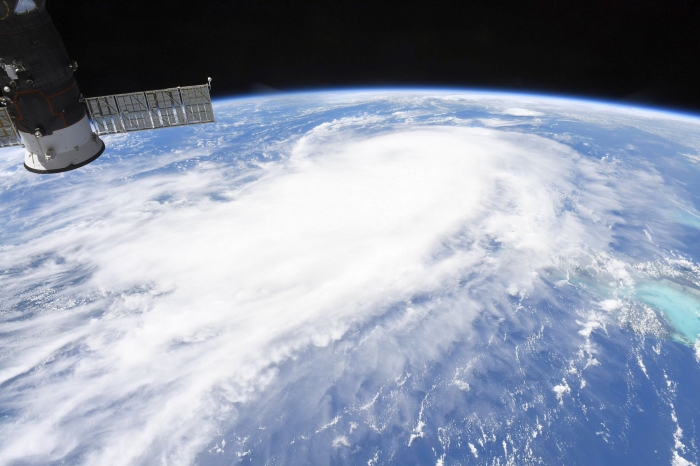 NASA Astronaut Chris Cassidy, serving as commander of the Expedition 63 mission aboard the International Space Station, took these photos of Hurricane Laura as it continued to strengthen in the Gulf of Mexico on August 25. Photo courtesy of NASA | License Photo