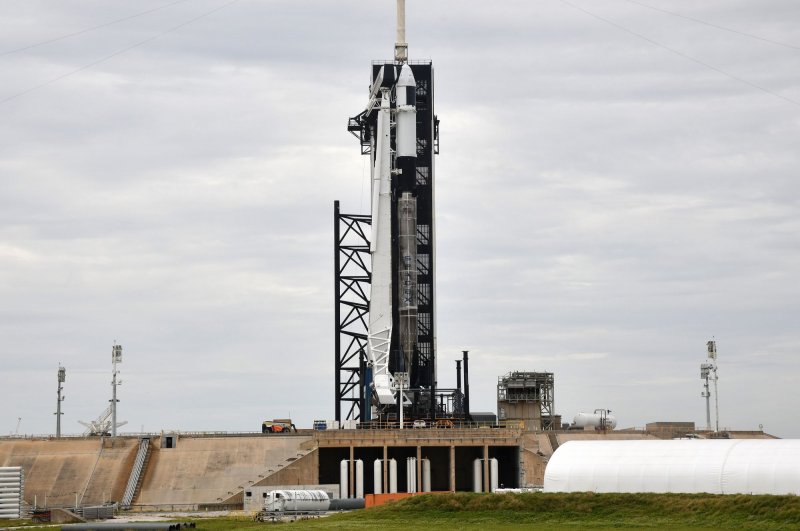 A Falcon 9 rocket has been prepared for liftoff at 11:39 a.m. EST from Complex 39A at Kennedy Space Center in Florida. Thick clouds could delay the launch attempt by a day, according to a U.S. Space Force forecast.

The heart experiment includes 192 chunks of tissue engineered from blood cells of six people — three men and three women — that will be kept healthy in a small laboratory.

Other projects on board the mission, SpaceX CRS-21, include research on microbes that could be used to break down rocky material on asteroids; a tool being tested for quick and accurate blood analysis in microgravity; and another human tissue study regarding the effects of spaceflight on post-traumatic osteoarthritis and bone loss.

For the upcoming holidays, NASA also is sending all the food for a celebratory meal.

The experiments are part of NASA’s goal to accelerate science on the space station as it hosts seven astronauts, the most in years. Four astronauts arrived Nov. 16 on SpaceX’s first operational flight of the Crew Dragon capsule.

The flight will be the first for SpaceX’s upgraded cargo Dragon capsule. When it arrives at the space station, it will join the Crew Dragon, marking the first time two Dragon capsules are docked there.

“It’s a really big vehicle and takes a lot of cargo up. It has 20 percent more volume than the previous version,” Sarah Walker, SpaceX director of Dragon mission management, said at a press conference Friday.

The goal of the heart experiment is to determine how heart tissue changes in microgravity. Scientists at Stanford University in California believe the tissue will show signs of atrophy, or weakening, lead researcher Joseph Wu said.

“It’s too difficult to do an actual heart biopsy on astronauts to see how microgravity affects them, so these tissues are the next best thing,” said Wu, a professor of medicine and radiology who directs the Stanford Cardiovascular Institute.

Wu and his staff already sent a smaller sample of such tissue in a previous experiment. The sample on this trip will help them decide what drugs they can test in space on future experiments.

“I’m confident we will see changes in the tissue when it is tested in space and when some samples are returned to Earth, where we will compare them to similar samples we’ve kept here,” Wu said. “I’m hopeful that will lead us to new drug treatments for heart disease in the future.”

The new treatments would be not just for astronauts but also for the general population — for such conditions as ischemia or arrhythmia, he said.

Riding in SpaceX’s capsule with the heart experiment is a small manufacturing laboratory to make fiber optics in space.

Several experiments at the space station over the years have proven fiber optics made in microgravity are better because they have fewer imperfections than those made on Earth.

The new project, led by researchers at the University of Southern California, will be the first to scale up production of such fiber for medical and high-tech defense applications, said Dmitry Starodubov, lead researcher on the fiber optics project and a research professor at the university.

“I would call this a quantum leap in space manufacturing,” Starodubov said. “What we are launching is fully automated, so it’s unique in its ability to operate independently from the ground.”

Under the capsule, in SpaceX’s storage trunk, NASA and Pittsburgh-based space company Nanoracks plan to ferry the company’s Bishop Airlock to the space station. Astronauts plan to install the airlock on the exterior of the space station, where it will release science experiments and small satellites into space.

Having a private airlock just for science experiments and small satellites will allow more efficient use of the station’s airlocks and allow for more commercial activity, according to NASA.

Nanoracks funded the construction of the airlock, which cost about $ 15 million, for the opportunity to have private enterprise utilize it, according to the company. NASA signed an agreement with the company for the idea.