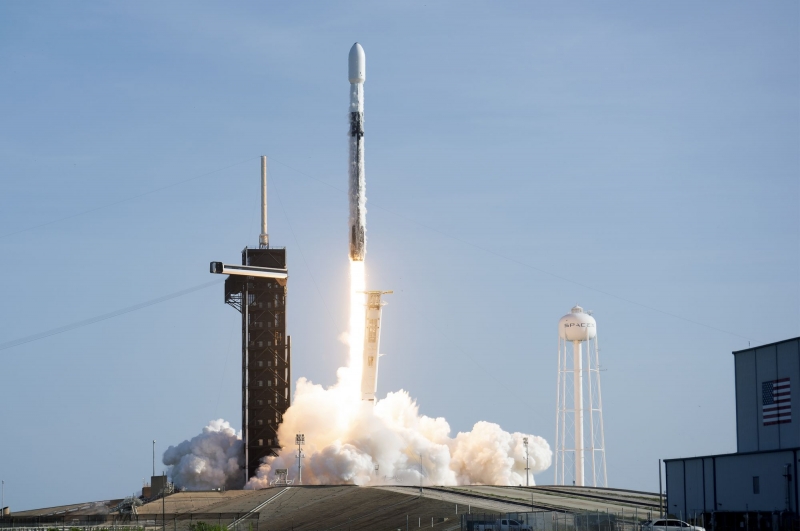 Oct. 21 (UPI) — Just three days after sending 60 more Starlink satellites into orbit, SpaceX is aiming to launch another batch of broadband satellites into space from Florida.

If the weather cooperates, Wednesday’s launch will be SpaceX’s 15th Starlink mission.

Liftoff is scheduled for 12:29 p.m. EDT aboard a Falcon 9 rocket from Launch Complex 40 at Cape Canaveral Air Force Station.

With Sunday’s successful launch, SpaceX increased the size of their Starlink constellation to nearly 800 satellites. The 15th mission will see another 60-odd satellites join the network.

“The goal of Starlink is to create a network that will help provide Internet services to those who are not yet connected, and to provide reliable and affordable Internet across the globe,” according to the Kennedy Space Center.

“A mid-level inverted trough and associated easterly wave currently across the Bahamas will meander into the state over the next few days, bringing enhanced moisture, cloud cover, and instability with a higher coverage of showers and storms,” Space Force forecasters wrote.

If a 24-hour launch delay is necessary, Thursday’s forecast looks quite similar to Wednesday’s.

Earlier this month, SpaceX founder and CEO Elon Musk tweeted that Starlink’s constellation was big enough to begin beta-testing the Internet service system in both the United States and southern Canada.