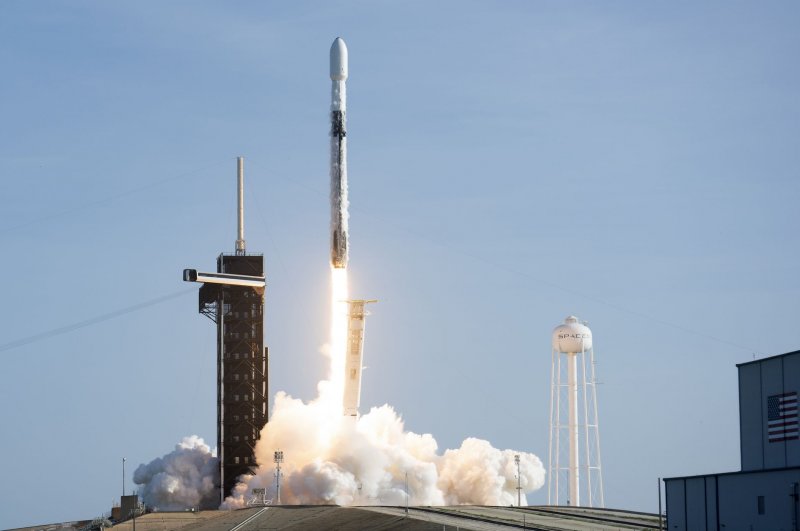 ORLANDO, Fla., Nov. 24 (UPI) — SpaceX launched one of its Falcon 9 first-stage boosters for a record seventh time Tuesday night as the company launched more of its Starlink satellites from Florida.

The 16th batch of 60 satellites headed toward orbit at 9:13 p.m. EST from Launch Complex 40 at Cape Canaveral Air Force Station.

The launch marks the 100th such mission for a Falcon 9 rocket, and boosts the number of Starlink satellites in orbit to more than 900.

A risk of rough seas in the Atlantic Ocean, where Elon Musk‘s company wants to land the booster on a droneship, prevented the launch on Monday night. Rough seas remained a risk on Tuesday night, according to a U.S. Space Force forecast, but the launch took place as planned.

The rocket booster for the mission flew on four other Starlink launches, most recently in August, and two missions for other satellite companies.

SpaceX is just weeks into a public test of Starlink Internet service in limited areas of the Northwest United States and parts of southern Canada. The service can be accessed by obtaining the company’s 19-inch dish terminal with a mounting tripod and a router, which is expected to cost $ 499.

“We’re continuously improving all of the parts of the system. We update all of our satellites weekly, and push software updates to the Starlink dishes, WiFi routers, and phone app every couple weeks,” one of SpaceX’s engineers wrote recently on Reddit.

Another engineer described how Starlink dishes connect with satellites, which travel at 17,500 mph, by scanning the sky.

“When it detects a satellite the Starlink hones in on its position and makes a request to join the internet. After that, the dish is able to download a schedule of which satellites to talk to next, and with that, it can point right at the satellites when the time comes,” the engineer wrote.