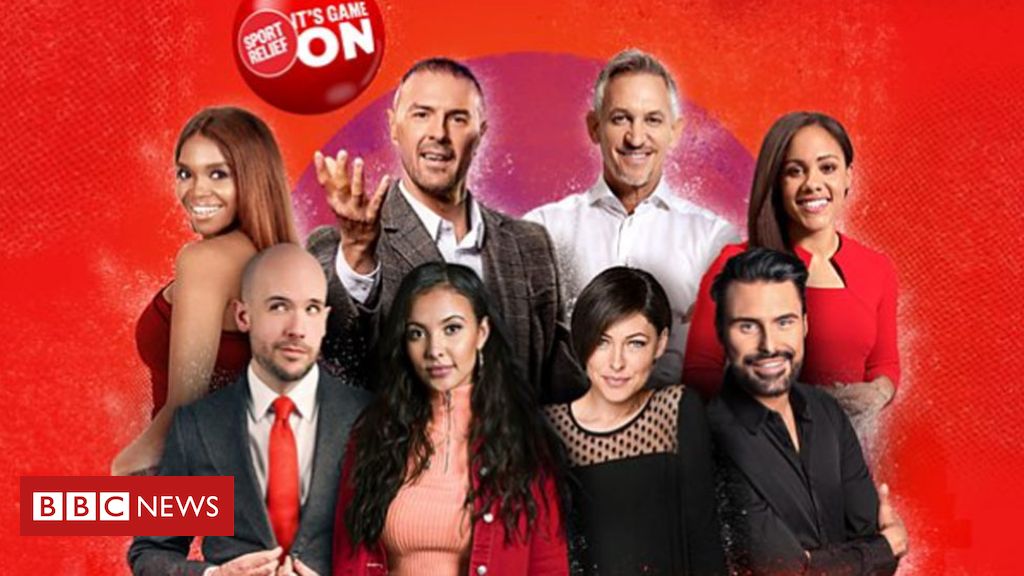 The BBC’s Sport Relief event had raised more than £40m for charitable causes by the end of its live TV show.

Gary Lineker, one of the hosts, said “a chunk” of the money would go to those affected by the coronavirus pandemic.

The fundraising marathon – which helps vulnerable people in the UK and around the world – went ahead in front of a live studio audience in Salford despite the health crisis.

The BBC said it would do “everything possible to keep people safe”.

Match Of The Day presenter Lineker said the UK is living through “unprecedented times”, stressing that “never have the vulnerable” been more at risk.

Sport Relief had raised a total of £40,540,355 for charitable causes by the end of the live show.

Some of the money raised this year will go to projects dealing with challenges caused by the coronavirus.

A BBC spokesperson said ahead of the event that the organisers had been “closely following the government advice” and that people’s health and safety was their “priority”.

A performance from Rita Ora had been due to be followed by a choir made up of elderly singers and schoolchildren – but the older members did not take part as a precaution.

The evening’s broadcast included a Line of Duty sketch that saw the BBC drama’s regulars joined by Jason Isaacs and comedian Lee Mack.

There was also a parody of BBC drama Killing Eve, in which a host of famous Steves – among them snooker legend Steve Davis and Olympic rower Sir Steve Redgrave – fell foul of a blonde assassin.

Other pre-recorded segments included a celebrity boat race that saw teams from the BBC, ITV, Channel 4 and Sky take to the challenging waters of Salford Quays under the tutelage of Olympic champions James Cracknell and Helen Glover.

Celeste, John Newman, Rita Ora and the Pussycat Dolls were among the music acts.

Special editions of QI, The Greatest Dancer and A Question of Sport were also screened, while A Round with Rom saw Romesh Ranganathan meet Sir Andy Murray on a mini golf course.

The expedition – moved from Mongolia because of concerns about coronavirus – was the subject of a documentary broadcast earlier this week.

Other challenges undertaken this year included a joint effort to pull a British Airways plane more than 100 metres at London’s Heathrow Airport.

Former boxer Nicola Adams, presenter Gabby Logan and Lineker were among those to take part in last week’s record-breaking heave.

Flack, 40, had worked with both Sport Relief and Comic Relief.

McGuinness said: “She will be greatly missed by us all.”