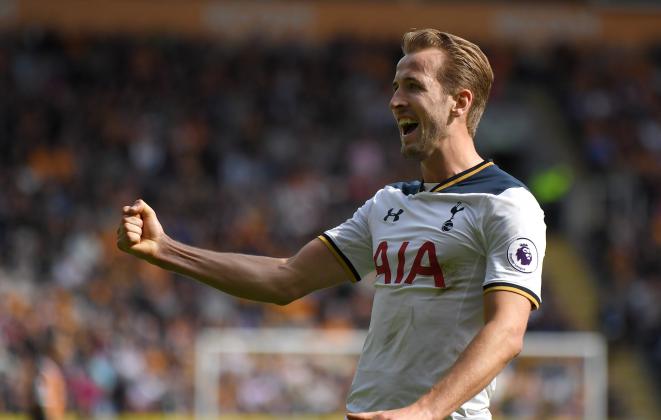 David Ginola has told Tottenham star Harry Kane to forget about transfer links with a move to Manchester United and stay put this summer.

According to reports, Jose Mourinho has told United chiefs to go all out to sign the 23-year-old England striker – who netted 38 goals in 41 appearances for club and country last season.

Kane has repeatedly insisted he sees his immediate future in a Tottenham shirt, and Spurs have made it clear they do not intend to sell the Premier League Golden Boot-winner this summer.

However, they have been tempted to part with their biggest stars for the right price in the past, which is sure to make Spurs fans nervous as the transfer window opens.

And Ginola has joined the chorus of supporters urging the Kane to stay at White Hart Lane, insisting the hitman is key to their success as they aim to build on last season’s second-place league finish.

“Spurs need Harry Kane to stay if they are to win the Premier League next season.

Chairman Daniel Levy has reportedly slapped a £200million price tag on Kane in an attempt to ward off interest from Man United.

It is claimed even a bid of £100m wouldn’t be enough to tempt a usually compliant Tottenham into selling.

Asked about the England striker’s value, Ginola added: “If Lukaku would cost around £100m, I think it would be similar for Kane, in the same region of money.

“Some years ago we were talking about player value – remember when Gareth Bale left Spurs to join Real Madrid for £90-odd million, and that was massive. But now you have a few players worth this kind of money.

“When you think about strikers who can regularly score 20-25 league goals per season, you need to put the money on the table.”

Listen to talkSPORT’s interview with David Ginola IN FULL above!