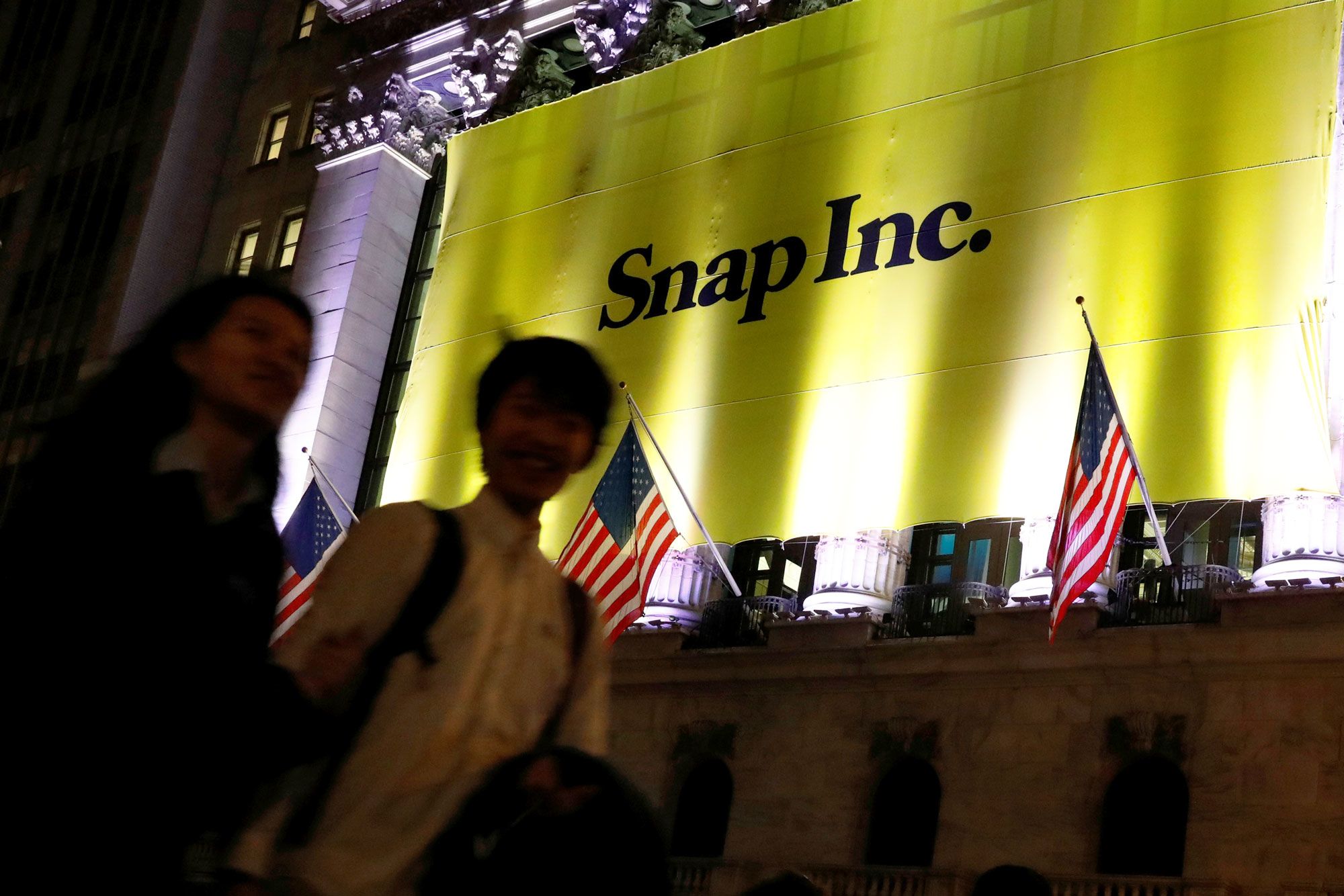 A banner for Snap Inc. hangs on the facade of the the New York Stock Exchange on the eve of the company’s IPO in New York.

Shares of technology companies Facebook, Alphabet and Amazon all fell more than 1% after the U.S. Department of Justice said it is opening a broad antitrust review of big tech companies. Apple’s stock also ticked down following the report. The review is the biggest move yet by Attorney General William Barr to impose greater regulation on the sector.

Shares of Chipotle Mexican Grill climbed nearly 4% after the food chain reported second-quarter earnings that beat analysts’ expectations and increased its full-year outlook for same-store sales growth. The company reported adjusted earnings per share of $ 3.99 on revenue of $ 1.43 billion, versus the earnings per share of $ 3.76 and $ 1.41 billion in revenue that analysts had expected, according to Refinitiv. The burrito maker reported that its digital sales nearly doubled during the quarter. Chipotle expects sales at restaurants open at least a year to increase at a high-single-digit rate, topping a prior estimate of mid-to-high single-digit growth.