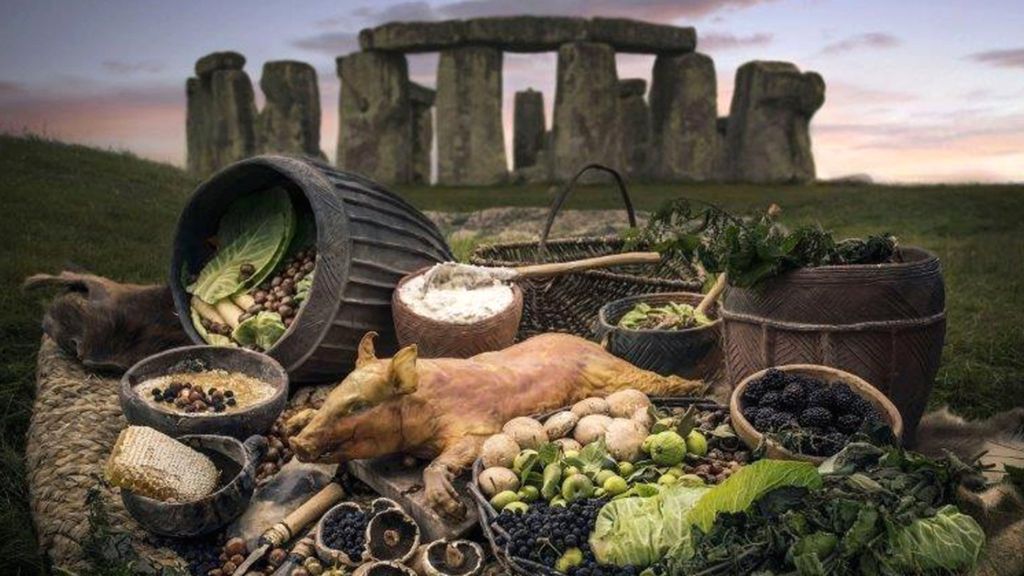 The “army of builders” of Stonehenge ate animals brought from as far away as the north east of Scotland, according to a new exhibition at the famous Neolithic site in Wiltshire.

Analysis of pig and cattle teeth has revealed some of the animals were from as far as 500 miles away.

The “Feast! Food at Stonehenge” exhibition includes the skull of an aurochs, an extinct species of cattle.

It is aimed at allowing visitors to explore diet from 4,500 years ago.

“Raising the ancient stones was an incredible feat but so too was feeding the army of builders.

“Our exhibition reveals just how this was done.”

The displays reveal research and stories from a “feeding Stonehenge” project, which has been exploring the lives of the people who lived at the nearby settlement of Durrington Walls.

The researchers say thousands of discarded animal bones and teeth excavated at Durrington Walls suggest it was not a typical village but a site of major feasting and ceremony.