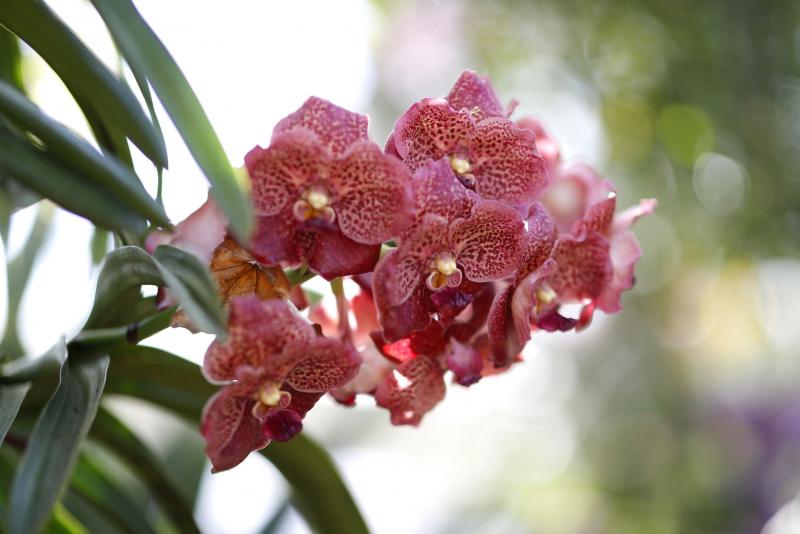 June 11 (UPI) — Almost 600 plant species have gone extinct in the last 250 years, which is twice the number of birds, mammals and amphibians to have disappeared from the Earth in the same period combined, according to a new study.

Published Monday in the journal Nature, Ecology & Evolution, the study states that 571 plants have been wiped from the face of the Earth and plants species are going extinct 500 times faster than the normal rate of loss without human intervention.

The number was calculated by one of the study’s co-authors, Rafael Govaerts, after reviewing all publications on plant extinctions over 30 years. The study shows that the number of extinct plant species is four times higher than previous compilations and twice the combined 271 birds, mammals and amphibians record extinct in the last two-and-a-half centuries.

“Most people can name a mammal or bird that has become extinct in recent centuries, but few can name an extinct plant,” said co-author Aelys Humprheys. “This study is the first time we have an overview of what plants have already become extinct, where they have disappeared from and how quickly this is happening.”

The Royal Botanic Gardens, Kew and Stockholm University researchers said plants on islands, in the tropics and Mediterranean climates had the highest rates of extinction while plant species in woody and small geographical areas had the highest rates of reported extinction, suggesting that the increase is due to the destruction of native vegetation resulting in habitat loss.

The study is important because it may aid in conservation efforts by predicting where future extinctions are likely to occur, it said.

“To stop plant extinction, we need to record all the plants across the world — the naming of new species is a critical piece of the puzzle in the wider push to prioritize conservation of our precious natural world for generations to come,” co-author Maria S. Vorontsova said. “To do this, we need to support herbaria and the production of plant identification guides, we need to teach our children to see and recognize their local plants and, most importantly, we need botanists for years to come.”

However, the researchers also discovered 430 plant species previously believed to have gone extinct, though 90 percent of them are considered “high extinction risk.”

“Plants underpin all life on Earth, they provide the oxygen we breathe and the food we eat, as well as making up the backbone of the world’s ecosystems — so plant extinction is bad news for all species,” co-author Eimear Nic Lughadha said. “This new understanding of plant extinction will help us predict (and try to predict) future extinctions of plants, as well as other organisms.”