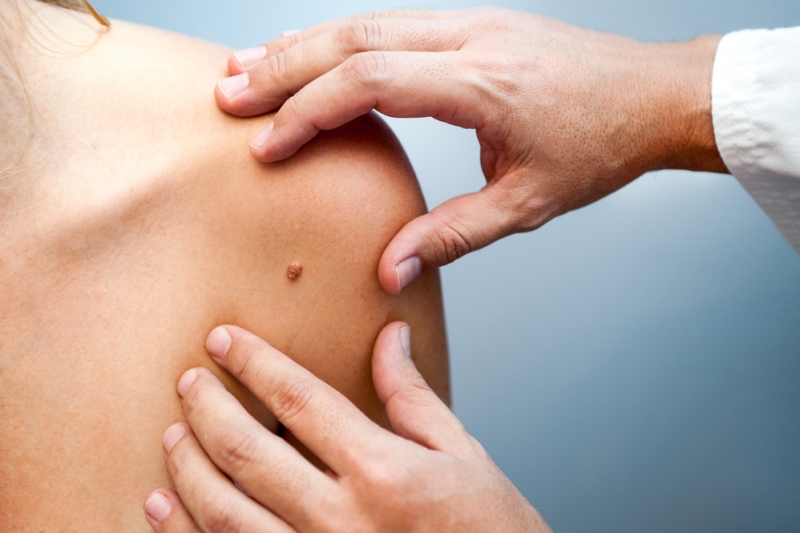 The cancer cells, called circulating tumor DNA, could be used as a biomarker — an indicator of bodily processes — to help select the most effective treatment for melanoma, the researchers, from Edith Cowan University in Australia, said.

“Selecting the right course of drugs and therapies to treat melanoma is extremely complex and relies on a number of factors, including the characteristics of the tumor and how it has spread throughout the body,” study co-author Elin Gray, an assistant professor at the school, said in a statement.

The discovery could improve melanoma survival rates, she said.

About 80,000 people are diagnosed with malignant melanoma, an aggressive form of skin cancer, every year, according to the U.S. Centers for Disease Control and Prevention.

However, researchers are exploring ways to use immunotherapy, in which drugs called biologics are administered intravenously to boost the immune system so that it can fight the cancer, as first-line treatment.

For the study, Gray and her colleagues examined levels of the circulating tumor DNA in the blood of 125 metastatic melanoma patients at Fiona Stanley Hospital and Sir Charles Gairdner Hospital in Perth, Australia, before they received immunotherapy.

The findings in these patients were compared to those from 128 patients recruited from the Melanoma Institute Australia and Peter MacCallum Cancer Center.

In addition to finding that those with elevated circulating tumor DNA in their blood “could … have better outcomes if we hit the cancer with an aggressive combination immunotherapy first,” the researchers found that the biomarker was less effective predicting a patient’s prognosis if immunotherapy were given after surgery and radiation, Gray said.

Biomarkers are increasingly being used as a measurable medical sign of the presence of a disease. In the case of melanoma, they can be measured using a blood test called a liquid biopsy, which is less invasive than a standard biopsy, she and her colleagues said.

Previous studies have shown that circulating tumor DNA is useful in predicting patient survival before the first-line of treatment.

The new research builds on the growing body of evidence supporting the use of markers of cancer in the blood in diagnosis and treatment selection.

“We have been battling to find new drugs and therapies to treat melanoma, but if we can find evidence that a particular drug can work for a tumor with particular characteristics, this could allow us to use existing drugs in a more targeted and precise way,” Gray said.

“It’s important to know when we should be targeting the cancer with certain types of drugs and which patients would benefit the most as aggressive treatments often result in more serious side effects.”