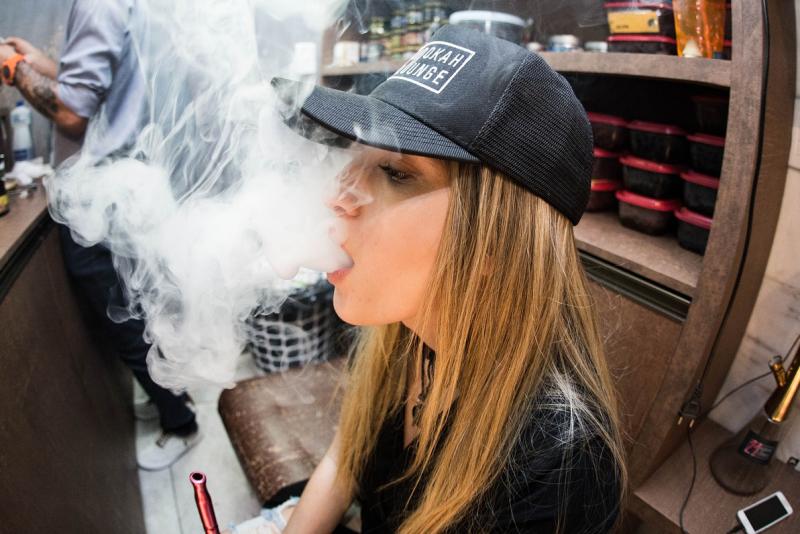 March 5 (UPI) — A study published Thursday by the U.S. Centers for Disease Control and prevention confirms that at least some people with a vaping-linked lung injury used illicit marijuana products.

Researchers at the Wisconsin Department of Health Services report that teens who developed EVALI, or e-cigarette product use-associated lung injury, often obtain vaping cartridges through illicit or informal sources, according to a study published in the CDC’s Morbidity and Mortality Weekly Report.

Of the 3,000 or so EVALI cases since last year when the condition emerged across the country, more than 50 were reported in Wisconsin.

EVALI is a severe respiratory illness linked with the use of vaping cartridges that contain vitamin E acetate. It can result in significant damage to the lungs, and has led to lung transplant and even death in some cases.

The authors of the report based their findings on an assessment of eight EVALI cases reported to their department in 2019. All eight patients, who were between age 16 and 20, admitted to daily use of THC-containing vaping cartridges in the month preceding onset of EVALI symptoms.

All of the THC cartridges used by adolescents in the analysis were purchased from local illicit dealers, and were labeled as “Dank Vapes” or another illicit brand name. Several of the teens reported frequent sharing of THC cartridges before symptom onset.

The authors wrote that their findings “suggest that Dank Vapes and other illicit THC-containing products obtained from informal sources played a major role in the nationwide EVALI outbreak. The current findings reinforce this relationship by linking multiple EVALI patients to the same illicit THC cartridges.”

“Although the specific sources of shared THC cartridges were not provided by patients, law enforcement activity in Wisconsin during that time indicates that counterfeit THC cartridges were being packaged and sold under the same brand names as those shared by EVALI patients, and could represent a potential source,” the researchers wrote.