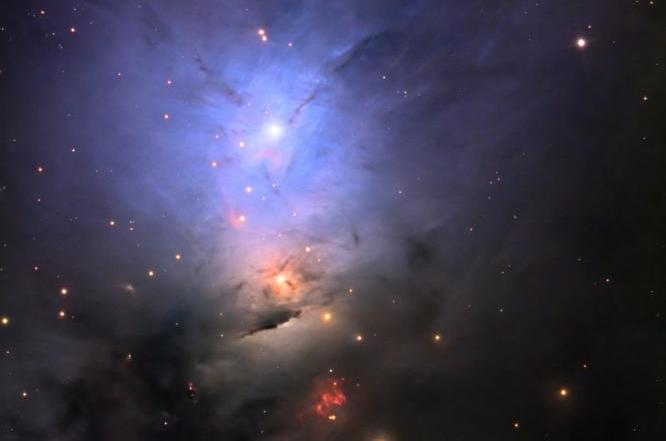 Sept. 6 (UPI) — In studying the movements of a trio of protostars in the Perseus molecular cloud, astronomers have gained new insights into the physical conditions that enable the formation of proto-stellar disks.

The basic roadmap for the formation of stellar and planetary systems is well established. Over time, gas and dust in interstellar space coalesce. Eventually, the dense cloud of material collapses under its own gravity. A stellar core forms and, thanks to the conservation of angular momentum, a proto-stellar disk forms. After roughly 100,000 years or more, the star gets dense enough to ignite nuclear fusion. Shortly afterwards, planets form from the proto-stellar disk.

But questions remain. The details of how angular momentum enables proto-stellar disk formation remains poorly understood, and astronomers still aren’t sure exactly how the disk accumulates its mass.

To begin to answer these questions and others, scientists at the Max Planck Institute for Extraterrestrial Physics aimed their telescopes at three of the youngest proto-stellar sources in the Perseus molecular cloud, which is located 1,000 light-years from Earth.

Because these protostars are positioned close to edge-on in the plane of the sky, astronomers were able to measure the velocity distribution of the molecular cloud.

“This is the first time that we were able to analyze the gas kinematics around three circumstellar disks in early stages of their formation,” Jaime Pineda, MPE astronomer and lead researcher, said in a news release. “All systems can be fit with the same model, which gave us the first hint that the dense clouds do not rotate as solid body.”

A solid body rotation is the simplest model for a spinning disk, with a fixed angular speed for the circling bits of gas and dust at any radius. Analysis of the three proto-stellar sources suggests the systems are best described by a model that exists somewhere between solid body rotation and pure turbulence.

To identify the forces that might help explain proto-stellar disk formation, scientists compared their observations to the predictions of common protostar formation models. The comparison showed current models have failed to account for the influence of magnetic fields.

“If a magnetic field is included it makes sure that the collapse is not too fast and the gas rotation matches the observed one,” said Pineda. “Our latest observations give us an upper limit on the disk sizes, which are in great agreement with previous studies.”

Scientists published their findings this week in the Astrophysical Journal. In followup studies, they hope to analyze the differences in the influence of angular momentum during different stages in the evolution of protostars and their disks.