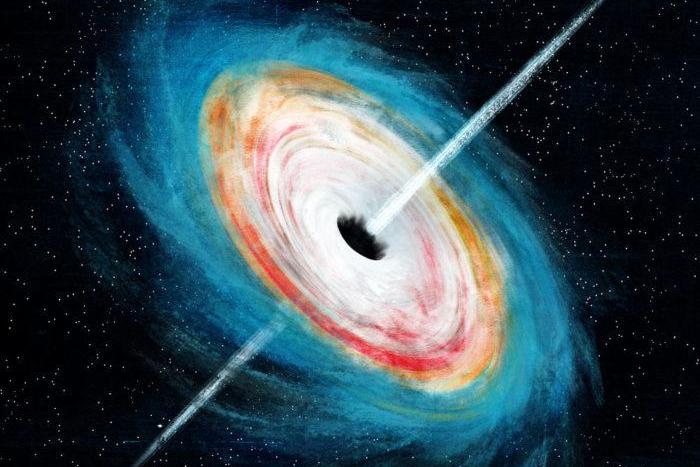 June 28 (UPI) — Scientists have developed a new model for the formation and growth of supermassive black holes that could explain their appearance in the early universe.

According to the new study, published this week in the Astrophysical Journal Letters, supermassive black holes grow extremely fast over a very short amount of time, and then very suddenly, stop growing.

Scientists came up with the new model to better explain the distribution of supermassive black hole masses and luminosities throughout the distant universe.

“This is indirect observational evidence that black holes originate from direct-collapses and not from stellar remnants,” Shantanu Basu, an astronomy professor at the University of Western Ontario, said in a news release.

Basu and his colleague Arpan Das analyzed the mass growth function of supermassive black holes that gain an exponentially large amount of mass in a relatively short amount of time. They determined the rapid growth is capped by the Eddington limit, the balancing of outward radiation and and inward gravitation forces. For brief periods of time, rapidly expanding supermassive black holes can even slightly exceed the Eddington limit.

“Supermassive black holes only had a short time period where they were able to grow fast and then at some point, because of all the radiation in the universe created by other black holes and stars, their production came to a halt,” said Basu. “That’s the direct-collapse scenario.”

Over the last 10 years, astronomers have discovered several supermassive black holes in the early universe that were formed and already growing just 800 million years after the Big Bang. The standard stellar remnant model for black hole formation can’t explain how these black holes got so big, so quickly, so early in the evolution of the universe. The new model can.