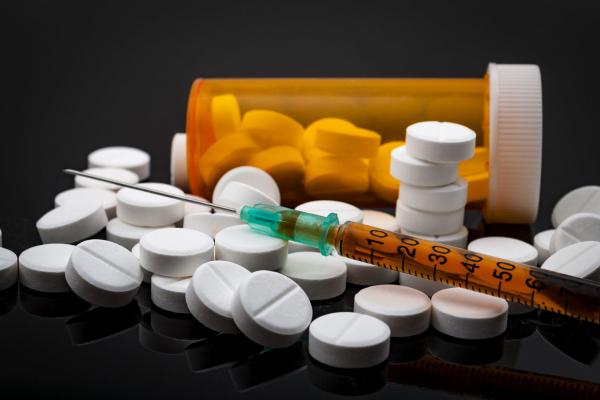 Aug. 30 (UPI) — Scientists have developed a safe and non-addictive painkiller as an alternative to current opioids, according to a study of animals.

A new chemical compound called AT-121 suppressed the addictive effects of opioids but produced morphine-like analgesic effects in non-human primates. The research by scientists at the Wake Forest School of Medicine was published Wednesday in the journal Science Translational Medicine.

The National Institute on Drug Abuse supported the research.

“In our study, we found AT-121 to be safe and non-addictive, as well as an effective pain medication,” Dr. Mei-Chuan Ko, a professor of physiology and pharmacology at the School of Medicine, which is part of Wake Forest Baptist Medical Center, said in a press release.

The researchers wanted to develop a chemical compound that would work on the mu opioid receptor, which is the main component in the most effective prescription painkillers, and the nociceptin receptor, which blocks the abuse and dependence-related side effects of mu-targeted opioids.

Opioid pain drugs, including fentanyl and oxycodone, work only on the mu opioid receptor. In addition, there are side effects, including respiratory depression, abuse potential, increased sensitivity to pain and physical dependence.

“We developed AT-121 that combines both activities in an appropriate balance in one single molecule, which we think is a better pharmaceutical strategy than to have two drugs to be used in combination,” Ko said.

In the tests, the researchers found AT-121 had some level of pain relief as an opioid, but at a 100 times lower dose than morphine. It also prevented the addictive effects of oxycodone, a commonly abused prescription drug — nd it did not have the side effects of itch, respiratory depression, tolerance and dependence.

“The fact that this data was in nonhuman primates, a closely related species to humans, was also significant because it showed that compounds, such as AT-121, have the translational potential to be a viable opioid alternative or replacement for prescription opioids,” Ko said.

After additional preclinical studies, the researchers plan to seek Food and Drug Administration approval to begin clinical trials in people.

In April, researchers at the University of Michigan reported they have developed a pain-relieving compound that is effective against pain and also non-addictive.

The chemically modified compounds, like those in the Wake Forest study, were based on pain-relieving peptides naturally released by the mu-opioid receptors. The compound produced pain-relieving effects in mice, but was not effective in tests for reward and dependence, which can lead to addiction and withdrawal.