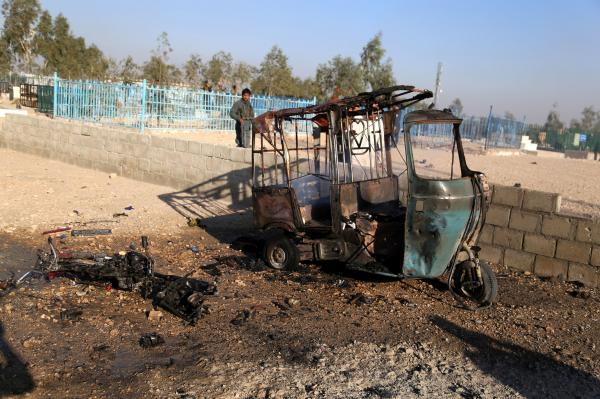 Dec. 31 (UPI) — At least 17 people were killed in a suicide bombing in Afghanistan Sunday that targeted the funeral of a local official.

An attacker set off an explosive vest among a crowd of mourners at a funeral for former district chief of Haskah Menah, Gul Wali, killing at least 17 people and injuring 14 more, Nangarhar Province spokesman Attaullah Khogyani said.

The attack took place as a man approached on foot Maqam Khan cemetery near the provincial capital Jalalabad.

Khogyani said he expected the death toll from the attack to rise.

There was no immediate claim of responsibility for the attack and the Taliban denied any involvement, according to Al Jazeera.

Both the Taliban and an affiliate of the Islamic State are active in the province and have previously targeted officials and security forces.

Hamid Karzai, Afghanistan’s former president, condemned the attack as “an evil act against our religion, culture and people.”