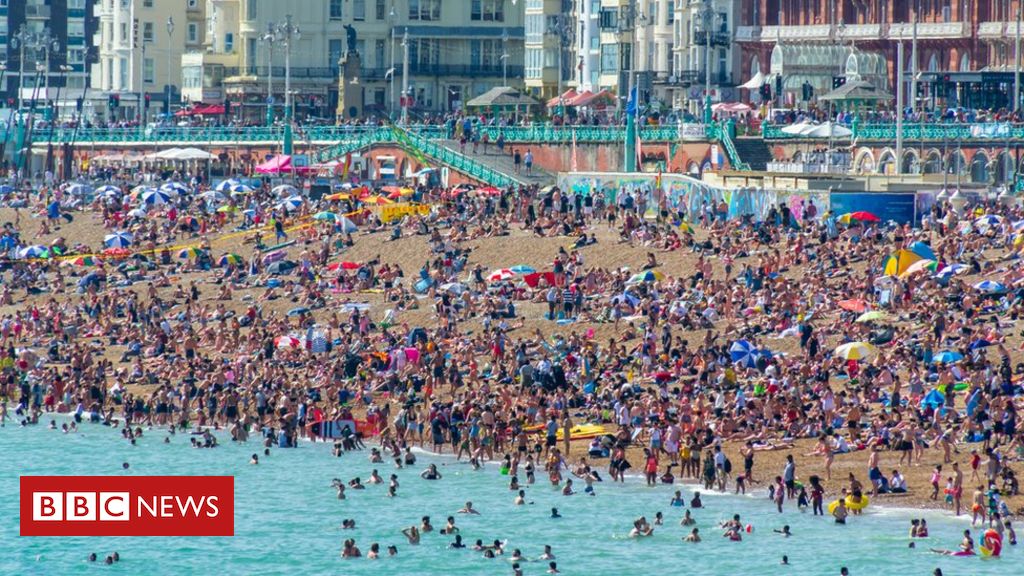 There was an increase in deaths when Britain had its hottest day on record this summer, provisional figures for England and Wales show.

Hot weather puts strain on the body. People with existing medical conditions and the very young or old are particularly vulnerable.

The Office for National Statistics says it is too early to tell how many of the deaths can be attributed to the heat.

And the 2019 toll may still rise because of the amount of time it can take for deaths to be registered.

ONS head of fatality analysis Sarah Caul said: “The hottest day on record occurred on 25 July, which coincided with a higher than average number of deaths across England and Wales.

“This suggests that those who are most vulnerable, such as those with pre-existing health conditions, are more at risk during the hot weather.”

Data from previous years shows similar death spikes when summer temperatures rise, although not as many “excess deaths” as occur every winter, linked with cold weather and the flu season.

According to Public Health England, excess deaths in the winter run into the tens of thousands in England and Wales, while in the summer they are in the hundreds or thousands.

What is a heatwave?

Heatwaves are extreme weather events but are predicted to increase in frequency and intensity as a result of climate change.

They are declared when there are three consecutive days of particularly hot weather.

In the UK, persistent temperatures above 25C can trigger a heatwave warning.

Why do they happen?

Heatwaves happen when high pressure develops across an area. High-pressure systems are slow moving and can last for days or weeks.

In August 2003, the UK had heatwave conditions lasting 10 days, resulting in more than 2,000 deaths.

Dr Mark McCarthy is a climate change expert who works for the Met Office. He says we should be prepared to face more heatwaves in the near future.

“What we’ve seen here in the UK is that our climate has been warming…The ten hottest years on record for the UK have all occurred since 2002…So all clustered in the more recent decades and this is part of a pattern we are seeing with an increased frequency of hot days and heatwaves globally.

“It’s not out of the question that we could, at some point, experience a 40 degree temperature in the UK. Because of our warming climate, the likelihood of that has increased.”

What are the dangers?

The main risks are dehydration (not having enough water) and overheating.

Heat exhaustion is not usually serious if the patient can cool down again within about 30 minutes – but heatstroke is a medical emergency and can be fatal.

Young children, the elderly and people with long-term health conditions are at increased risk.

A person with heatstroke will have a temperature of 40C or more and may: