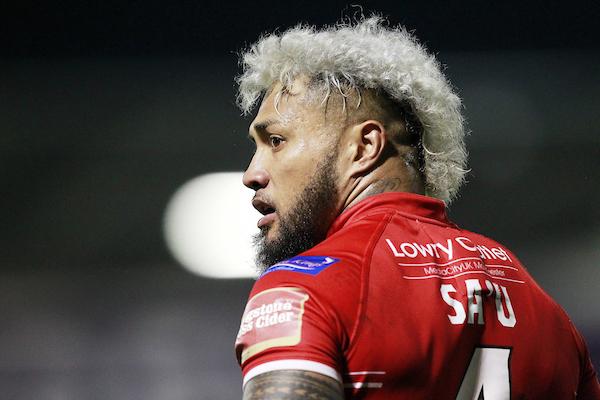 Salford centre Junior Sa’u has been charged with a grade B offence following the tackle that knocked out England international Kallum Watkins.

Sa’u was sin-binned for the tackle during his side’s 50-24 Super League defeat by Leeds Rhinos on Sunday and has been charged by the Rugby Football League’s match review panel.

A grade B offence carries a ban of one or two matches. Sa’u has the option of submitting an early-guilty plea, which would rule him out of Friday’s league game at Castleford.

Warrington’s veteran forward Ben Westwood could be set for another spell on the sidelines.

Westwood, who served a four-match ban earlier in the season for striking, made his comeback from a broken hand in the Wolves’ 50-10 win over Leigh on Friday but has been charged with a grade D dangerous throw on prop Danny Tickle.

Westwood, who was sin-binned for the offence, is facing a suspension of three to five games if he is found guilty.

Tuesday’s tribunal will also consider the grade F charge brought against Leigh prop Jamie Acton for “other contrary conduct” in the Centurions’ defeat by Catalans Dragons nine days ago.

The case was put back from last week in order to give Leigh more time to prepare their case.