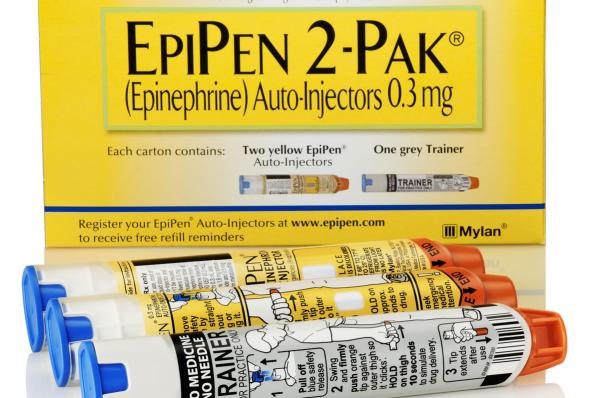 June 21 (UPI) — A majority of people with potentially life-threatening allergies don’t use their epinephrine auto-injectors in an emergency, according to a study.

The results are based upon surveys of 917 people, including 450 adults. The findings were published Thursday in the Annals of Allergy, Asthma and Immunology.

More than 50 million Americans experience various types of allergies each year, including 4.2 million children with food allergies. Other allergic reactions are to medication, latex and/or insect stings.

Although 89 percent of the adults surveyed said they filled their prescriptions, 45 percent said they didn’t have their device during their most severe allergic reaction — despite having had previous medical emergencies. Seventy-eight person said they had been hospitalized for their allergy at some point in their life.

Additionally, 21 percent said they didn’t know how to use the auto-injectors.

People are recommended to always carry at least devices because a severe reaction can reoccur. And epinephrine should be administered during first sign of an anaphylactic reaction from an allergy and asthma, the American College of Allergy, Asthma and Immunology advises.

Fifty-one percent of the survey participants said a device was accessible within five minutes and 44 percent said they personally carried at least one EAI all the time. Twenty-two percent of those surveyed said they routinely carried multiple EAIs.

Reasons cited for not filling the prescription were cost, bulkiness, allergy not severe, no history of previous reaction and that they already had one or more.

“It’s not enough to simply pick up your EAI prescription,” co-author Dr. Ruchi Gupta, an associate professor of pediatrics and medicine at Northwestern Medicine, said in an ACAAI press release. “It could save your life.”

In the survey, respondents said a peanut allergy elicited 24 percent of the reactions followed by stings at 22 percent and milk at 15 percent.