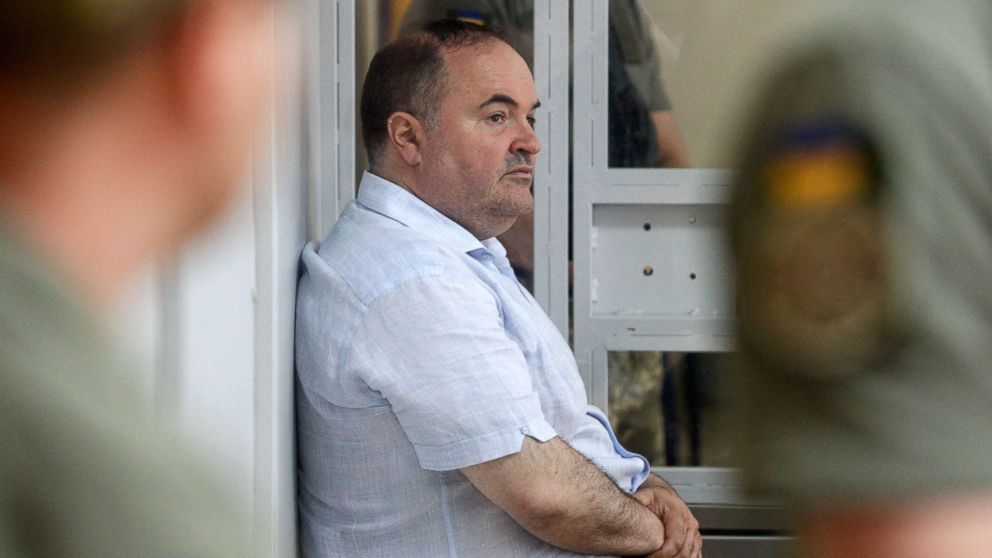 The man accused of organizing the assassination of the Russian journalist Arkady Babchenko — who faked his own death in order to avoid the alleged plot — denied the allegations in court in Kiev today and in a strange twist said he was cooperating with the Ukrainian government.

Prosecutors at the Shevchensky District court on Tuesday accused Borys Herman of arranging the alleged murder plot on behalf of Russian intelligence, alleging that he had hired a Ukrainian hitman to kill Babchenko in return for $ 40,000.

Ukraine’s SBU security service got wind of the alleged plot and then conceived the elaborate sting operation with Babchenko in which they pretended that the assassination had been successful.

The hoax was believed around the world, including by Babchenko’s friends and colleagues, and the international media. But less than 24 hours later, Babchenko stunningly reappeared alive and announced it had all been a ruse, an elaborate simulation in which he had been smeared with pig’s blood and even taken to the morgue in an effort to fool the Russian-sponsored killers.

On Tuesday, Herman denied that he had planned to kill Babchenko and claimed he had been working with Ukraine’s security services. He said he had been contacted by someone close to the Kremlin about plans to kill Babchenko but that he instead turned this information over to the Ukrainian authorities and worked on counter-intelligence operations with them, Reuters reported.

“We knew perfectly well that there would be no killing,” Herman said in court. “This was done only for the benefit of Ukraine.”

The court ordered that Herman be held pending trial. One of his lawyers said that he would appeal that decision, Reuters reported.

Ukraine’s Prosecutor-General Yuriy Lutsenko also identified the would-be hit man allegedly hired by Herman. In an interview with the Ukrainian television channel Inter, Lutsenko said that Herman had hired Oleksiy Tsymbalyuk, who had reportedly fought in eastern Ukraine in the conflict there between Ukraine’s government and pro-Russian rebels who are backed by the Kremlin.

Lutsenko said that after being hired by Herman, Tsymbalyuk had alerted the SBU and had then taken part in the sting operation. He was cooperating with the investigation and was therefore being treated as a witness in the criminal trial, Lutsenko told Inter.

According to Lutsenko, Herman had met with Tsymbaluk several times and had received $ 20,000 as a down-payment for Babchenko’s killing, with the rest to be paid after it was carried out.

Ukraine has been criticized over the operation by other journalists and press freedom advocates, who have said it harms media credibility and potentially puts reporters in danger by giving repressive governments a precedent to claim attacks on their opponents have been faked.

Critics have warned it also plays into the hands of the Kremlin, which regularly claims negatives stories about it are in reality elaborate staged provocations.

The Kremlin’s spokesman, Dmitry Peskov in a call with reporters on Tuesday called the Ukrainian allegations that Russia had ordered Babchenko’s murder “mudslinging and a lie.”

Ukrainian officials, however, have defended their methods, saying they were necessary to save Babchenko and catch the plotters.