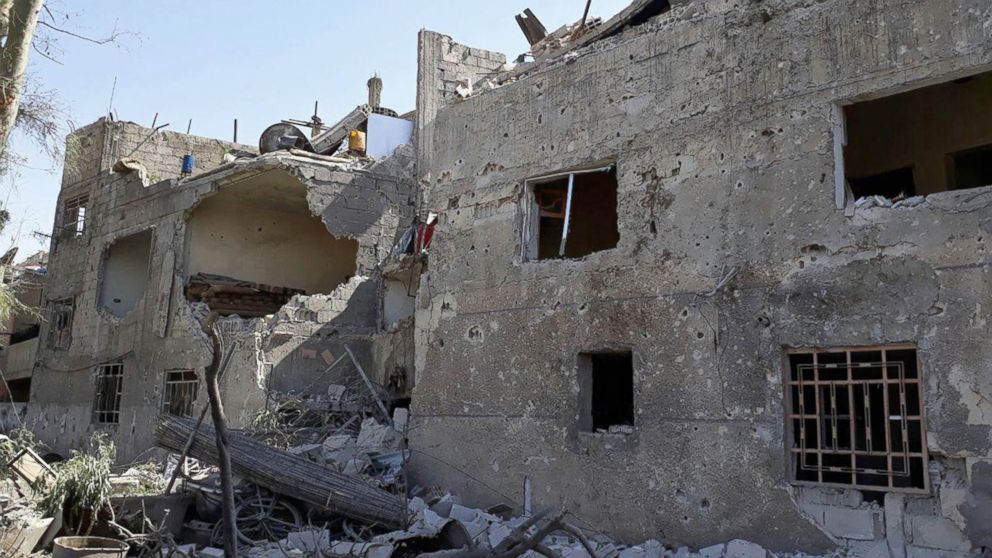 A series of car bomb explosions rocked Syria’s capital Sunday, killing at least eight people and wounding 12, as officials claimed to have foiled a plot to target crowded areas during the first morning commute after a Muslim holiday.

State media said a suicide car bomber detonated his payload after being surrounded by security forces, and that two other car bombs were intercepted before entering the city, suggesting those blasts were controlled detonations.

Damascus Governor Bashr al-Sabban said two attackers were stopped before rush hour at security checkpoints on the airport road at the entrance to the city, where forces “dealt with them,” without elaborating. He said the attackers were heading to the city center where they hoped to cause maximum damage.

The Syrian Minister of Local Administration, Hussein Makhlouf, said the response marked a “major success in foiling a plot” to cause mass casualties.

Syrian state TV reported the toll, without saying whether those killed and wounded were security forces or civilians. The attack came on the first full work day after the Eid al-Fitr holiday marking the end of the fasting month of Ramadan.

Such attacks have been relatively rare in Damascus, the seat of power for President Bashar Assad, who made a series of public appearances last week in a show of increased confidence after more than six years of battling a rebellion.

Pro-government forces have engaged in heavy fighting in Damascus’ suburbs during the war, but have largely kept the rebels out of the city center. In recent days, Syrian troops and allied forces have been fighting to drive the rebels out of Ain Terma and adjacent Jobar, on the city’s eastern outskirts, areas controlled by insurgents since the start of the conflict in 2011.

Footage on state TV from the scene of one explosion, along the road to the airport, showed at least two scorched vehicles. The closed-off street was littered with debris, while security men roamed the area. Footage from near Tahreer Square in central Damascus showed the facade of one building badly damaged, and mangled vehicles parked in the small roundabout.

The Britain-based Syrian Observatory for Human Rights, an opposition-run monitoring group, also reported the three explosions. It put the death toll at 12, including three attackers.

The attacks come days before Russian-sponsored talks are to resume in the Kazakh capital, Astana, where the two sides agreed to a cease-fire earlier this year that has been repeatedly violated. The new round of talks is expected to delineate “de-escalation zones.” Russian officials said the talks are also to discuss the formation of a Syrian national reconciliation committee.