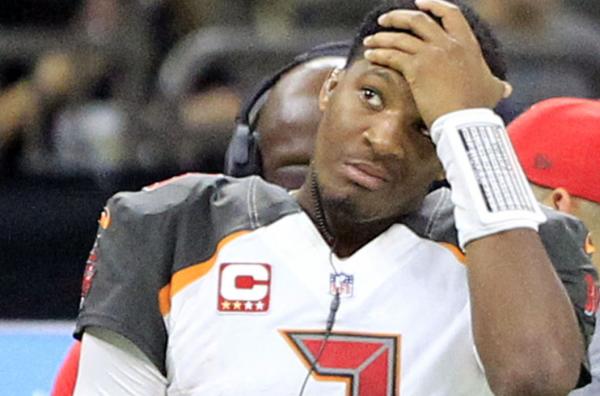 “Obviously, it’s disappointing, and you never want to have your leader not there and available for the team,” Dungy told the Tampa Bay Times. “I’m sure he’s disappointed about that, too. I think time will tell in how he handles it.

“You hope this comes through loud and clear and he says, ‘I’m never going to put myself, my family, my team in this position again.’ It’s a tough one, and something you don’t like to see. I think time will tell here.”

Dungy told the Times he has talked with Winston “quite a bit” in the three years since he was drafted. Dungy said he sees that Winston is active in the community, especially with children, but said he needs to send a consistent message in his actions.

“I know he has a good heart. He wants to do the right thing,” Dungy told the Times. “He’s very aware of his role as a leader, his role as someone kids need to look up to. I think he knows the right things to do. Now he just needs to follow through on that with good decision-making.”

–Defensive end William Gholston had no sacks last season in his worst year as a pro, all after signing a lucrative contract. He’s not making excuses.

“I just played (crappy), completely. That’s just being real,” the Bucs defensive end said. “There’s no excuse for it. It was awful, crappy. If I said it once, I said it a million times: It was a (crappy) year. I openly admit to it.”

Gholston had just landed a lucrative extension with the Bucs, and after making about $ 3.7 million total in his first four NFL seasons, he earned $ 7 million in 2017 in the first year of a five-year, $ 27.5 million contract. All over, his stats were down: Zero sacks, and after three straight seasons with at least eight tackles for loss, he had just four, along with his fewest total tackles since his rookie year in 2013.

Gholston felt he was too heavy and has lost 15 pounds this offseason. He will battle players such as free-agent addition Vinny Curry.

–Former first-round pick Vernon Hargreaves has only one interceptions in two seasons and knows he is running out of time to live up to his promise.

“Well, the first two years I’ve had, they’ve been down years,” Hargreaves conceded following the Bucs’ final organized team activity Thursday. “They’ve been average. You know, as a first-rounder, obviously, they’re expecting production. It’s plain and simple. It’s not that complicated. I haven’t been producing.