He has been kicked off most of the mainstream social media platforms following his supporters’ rioting at the US Capitol, but President Donald Trump is still searching for online options to reach his followers.

The far right-friendly site Parler had been the leading candidate until Google and Apple removed it from their app stores and Amazon said it would kick it off its web hosting service by midnight Pacific time on Sunday.

The two-year-old site, which is now offline, claims it has more than 12 million users, though mobile app analytics firm Sensor Tower puts the number at 10 million worldwide, with 8 million in the US.

That’s a fraction of the 89 million followers Mr Trump had on Twitter.

Parler might be attractive to him since it is where his sons Eric and Don Jr are already active.

Many have used the forum to spread falsehoods and hateful comments.

Google removed its smartphone app from its store for allowing postings that seek “to incite ongoing violence in the US”.

Apple followed suit on Saturday evening after giving Parler 24 hours to address complaints it was being used to “plan and facilitate yet further illegal and dangerous activities”.

Public safety issues will need to be resolved before it is restored, Apple said.

Amazon’s subsequent move effectively takes the site offline unless it can find a new company to host its services.

Parler chief executive John Matze lashed out at Amazon, Google and Apple, saying it was a co-ordinated effort knowing Parler’s options would be limited and it would inflict the most damage right as Mr Trump was banned from other social media platforms.

In a later post, he said: “We will likely be down longer than expected. This is not due to software restrictions… we have our software and everyone’s data ready to go. Rather it’s that Amazon’s, Google’s and Apple’s statements to the press about dropping our access has caused most of our other vendors to drop their support for us as well.

“And most people with enough servers to host us have shut their doors to us. We will update everyone and update the press when we are back online.

“Parler is my final stand on the internet. I won’t be making an account on any social. Parler is my home. See you all soon.”

In addition to Parler, right-leaning social media users in America have flocked to messaging app Telegram and hands-off social site Gab, citing the more aggressive policing of political comments on mainstream platforms such as Twitter and Facebook. 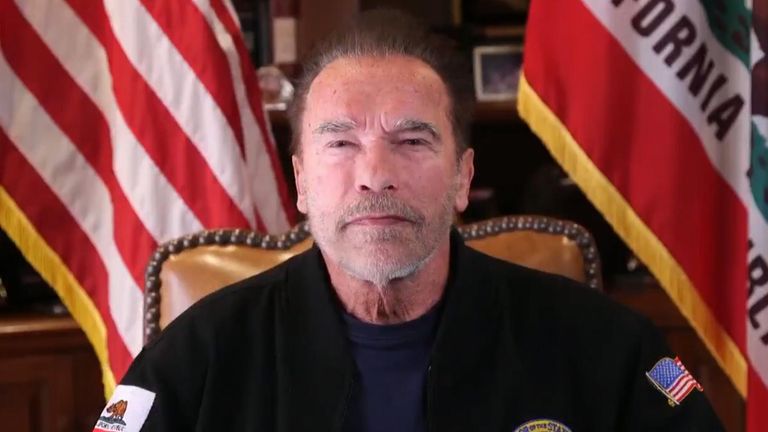 Mr Trump’s Twitter persona has long functioned as a mix of often out of the blue policy announcements; complaints about the media; disparagement of women, minorities and his perceived enemies; and praise for his supporters, replete with exclamation marks, all-caps, and one-word declarations such as “Sad!”

He has fired numerous officials on Twitter and his posts, like his speeches at rallies, are a torrent of misinformation.