Sources told the Milwaukee Journal Sentinel, WISN 12 News and NFL Network that Thompson died Wednesday. His cause of death was not disclosed. Thompson said in 2019 that he had an autonomic disorder.

The autonomic nervous system controls involuntary actions like your heartbeat and the widening or narrowing of blood vessels.

“His impact is still felt today,” LaFleur said. “I think it’s felt all around the league. There’s a lot of heavy hearts here today.”

Thompson spent 10 seasons as a linebacker for the Houston Oilers. He entered the league as an undrafted free agent out of Southern Methodist University. Thompson’s NFL career ended in 1984.

He later became a Packers scout in 1992 under former general manager Ron Wolf, and was promoted to become the director of pro personnel.

Thompson was vice president of football operations for the Seattle Seahawks from 2000 to 2004. In 2005, he was hired as the Packers general manager.

The Packers had a 125-82-1 record under Thompson. He also was general manager when the team drafted quarterback Aaron Rodgers, wide receiver DaVante Adams, linebacker A.J. Hawk and other star players.

Thompson won his first title with the Packers in 1996-97 when he served as director of pro personnel. He was general manager when the team won again in 2010-11.

Thompson was reassigned as the Packers’ senior adviser to football operations after the 2017 season. He was inducted into the Packers Hall of Fame in 2019. 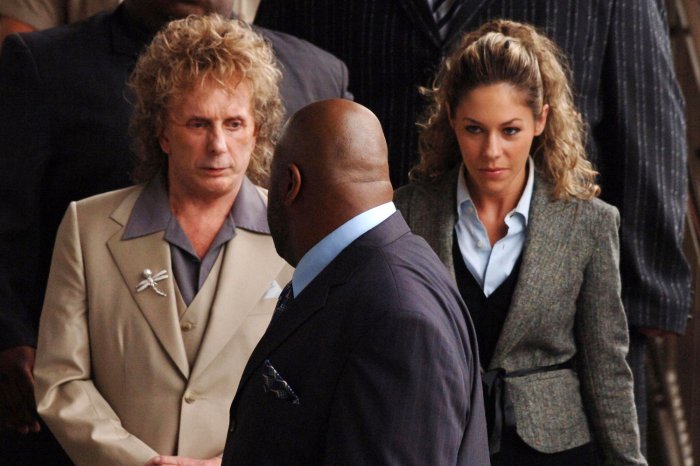 Music producer Phil Spector (L), charged with fatally shooting actress Lana Clarkson, departs after appearing for a pretrial hearing at the Los Angeles Superior Court in Los Angeles, on October 27, 2005. Spector died of natural causes while incarcerated, for second-degree murder charges, on January 16 at the age of 81. Photo by Jim Ruymen/UPI | License Photo