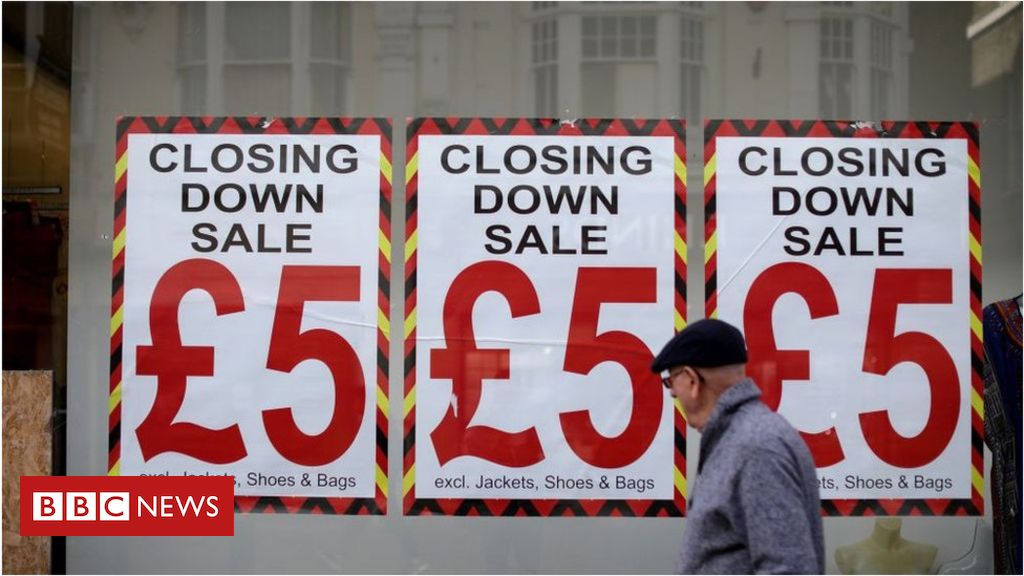 The UK retail industry has been struggling heavily in recent years and many brands have been going into administration.

But not everybody manages to secure a rescue deal with their creditors, and in some cases, once-popular household names have disappeared completely from the UK’s High Streets.

Here’s a look at some of the biggest names we’ve lost in the past decade and what went wrong.

US toy store giant Toys R Us shut down all of its US and UK stores in April 2018, after filing for bankruptcy protection in September 2017. Its Asian stores are still open, having been sold to Fung Retailing and a number of other lenders in November 2018.

“It was heartbreaking, because consumers absolutely want to buy the best brand toys for their children,” retail expert Kate Hardcastle told the BBC. “Toys R Us had huge unnecessary warehouses and they could have repurposed that for experiences, but they just missed the mark completely.”

She added that UK High Streets suffer from a “second-rate retail experience” where retailers don’t bother to refresh their store design and infrastructure, often because they do not feel the need to compete with other retailers.

The Borders bookshop chain, which offered a cafe and a comfortable browsing experience for books, music and movies, collapsed in the UK in June 2009. Its US business followed suit two years later, filing for bankruptcy.

The firm blamed declining sales and a rapidly changing book market, struggling in the face of fierce competition from supermarkets, online sales and digital books.

“I miss Borders, it did have a personality,” says retail analyst Chris Field. “They were doing what retailers are being urged to do now – injecting personality and interaction into the stores with concerts and events.”

He blames the demise of Borders on Amazon: “People could suddenly buy from a vast range and they could get the book they wanted at a ridiculous price and they were willing to deliver it for free within 24 hours. People couldn’t believe it.”

The retailer, which was 88 years old and had an estate of 163 stores, had been struggling with debts of more than £1.3bn, including a pensions deficit of £571m.

“BHS had become the ‘tea and a piece of cake’ shop. You didn’t see anyone in there other than people who are retired who had gone there to meet friends,” explains Ms Hardcastle.

“Although it had a community focus, it was really dull in its offering, its fashion wasn’t very interesting, their Christmas offerings were always discounted early – strategically, it was very vanilla.”

Mr Field agrees. He says he admires what Arcadia retail empire owner Sir Philip Green did in buying BHS and turning it around, although these efforts eventually stagnated because BHS failed to innovate.

“He was a great market trader and had a good eye for what would sell, he spoke to the staff, but over time, that went away and it was left to run itself. It got lost somewhere between the upmarket retailers and the discount retailers like Primark,” he says.

Stationery store chain Staples disappeared from High Streets in 2016 after the UK arm of its business was sold to restructuring firm Hilco.

Staples had placed its European business under review in May 2016 after it was forced to abandon a $ 6.3bn merger with fellow US office supply giant Office Depot on competition grounds.

Mr Field says that the problem with Staples was that it existed only for “distress purchases”, where a consumer has to go to a shop in an emergency to pick up an item they need urgently to complete a task.

“There’s no pleasure in it at all, so if you want the greatest convenience and the best price, then I’m afraid online does give you that,” he says.

“And if you’re online, you’re in control and you can go from store to store online, as opposed to going to a single Staples store and finding out it doesn’t have what you want and that you wasted a single journey.”

Blockbuster was a hugely popular video rental chain that had more than 9,000 stores around the world.

Blockbuster’s corporate-owned UK and US stores went bust in 2013, while privately-owned franchises continued to struggle on. But only one remains opens today, which can be found in Bend, Oregon.

According to Ms Hardcastle, Blockbuster had been the cool place to go for young people on a Saturday night in the 1980s and 1990s.

“Blockbuster was the social network in retail. It was the place to be, you’d hang out there, you were one of the cool kids. It was iconic,” she says.

She thinks it is a shame the business failed, as she reckons Blockbuster should have got into the DVD mail-order rental delivery service that Netflix started off with.

“It was a brand that made hay when the sun shines, but had no money to reinvest in the brands.”

Maplin was one of the UK’s biggest electronics retailers, with 200 stores and 2,300 staff. It collapsed into administration in February 2018 after talks with buyers failed to secure a sale. Its final branch shut in June 2018.

Like many other High Street chains, the retailer was hit by a slump in the pound after the Brexit vote in 2016, as well as weak consumer confidence.

“I loved Maplin,” says Mr Field. “The in-store experience was great for geeks and gadget lovers, but I don’t think it understood how to attract a larger part of the population.

“It was too geeky, too nerdy, too complicated. Online blew them away – they didn’t understand that they needed to have a better online offer.”

International accessories chain Tie Rack was once so popular that it boasted 450 stores worldwide and was considered to be a symbol of Eighties entrepreneurialism.

There was once a branch of Tie Rack in every High Street, station and airport, selling every possible pattern and permutation of neckwear – stripes, polka dots, plain, and not forgetting comedy ties.

However, the retailer collapsed in November 2013, after neck ties fell out of fashion with the more casually dressed Twitter generation, and Tie Rack succumbed to the twin threats of global recession and online shopping.

“It was very convenient, as it was in a lot of travel locations and they could catch the people for which it was a distress purchase – the men who had left their ties behind, and women who would go out and buy a tie for their husband or boyfriend… but it was never going to be a survivor,” says Mr Field.

“They got quite lazy towards the end, as the whole thing was run by accountants who were just trying to manage the costs.”

Discount goods retailer Poundworld, founded in 1974, was once the place to go to get a good price on common household goods. It had 335 stores and employed 5,100 people, but sadly, in recent years it struggled with tough competition on the High Street from rivals such as Poundland and Poundstretcher.

The retailer was also hit by the fall in the value of the pound after the 2016 Brexit referendum, which pushed up the price of imported goods. It finally shut its doors for good in August 2018.

“It’s a marketplace where you have to sell a lot of stuff, you need to get good basket sizes to make a profit… but it was a very crowded marketplace,” says Ms Hardcastle.

Mr Field agreed, noting that in some towns in the UK, Poundworld was often located very close to its competitors, to the extent that it became difficult to distinguish between different discount retailers.

Barratts Shoes was a shoe manufacturer and chain of High Street shoe shops, founded in Northampton in 1903. At the height of its popularity, it boasted more than 400 stores and was known as a place to buy school shoes that were cheaper than the “aspirational brand” Clarks, says Ms Hardcastle.

But in the 1990s and early 2000s, Barratts was hit by heavy competition from cheaper foreign imported shoes. It went into administration three times, and during the final time in November 2013, 61 of its remaining 75 stores closed.

“There was no real service – it was a horrible place,” says Mr Field. “Barratts didn’t really stand for anything – they weren’t the cheapest on the High Street. There wasn’t a reason to visit and it was all own-label – they had no brands at all. There was no fashion element.”

Mobile phones retailer Phones4U shut its doors for good in September 2014, closing its entire estate of more than 700 outlets across the UK and costing 5,596 jobs. At the time, it had more than £200m in debt.

Phones4U collapsed when it lost vital deals. As an independent retailer, it relied on arrangements with EE and Vodafone to sell their services, but both pulled out of negotiations to agree fresh contracts.

“They were infallible at one point. Phones4U were very direct and noisy as a brand. They were quite Marmite – I think they scared off a lot of their customer base. They were talking to tech heads, they scared off people who didn’t understand technology as well,” says Ms Hardcastle.

“Phones4U probably didn’t appreciate all of the different customer bases out there, by focusing on just big contracted customers who were using their phones on a higher package rate.”