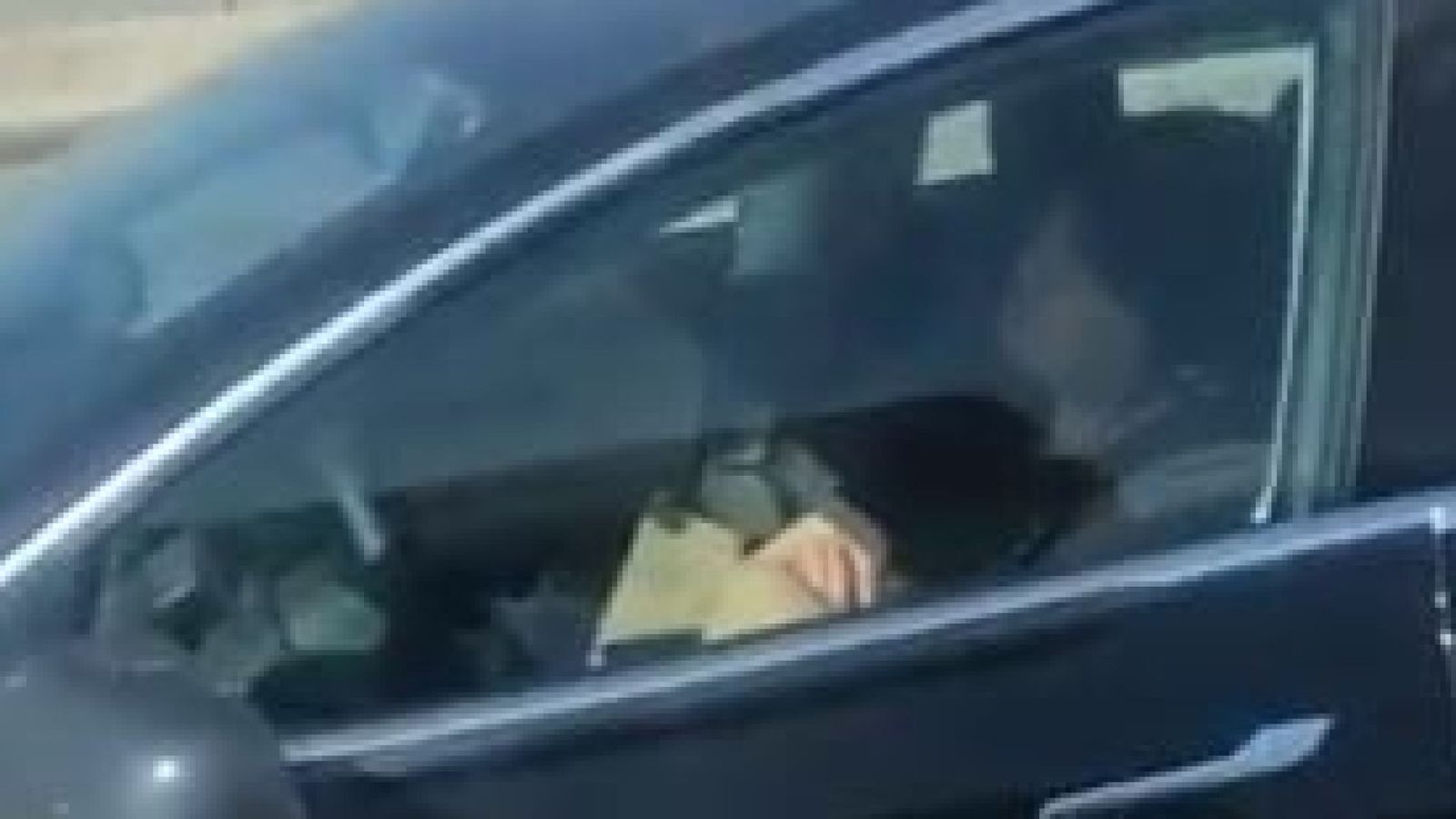 Footage has emerged of a Tesla driver apparently asleep while his vehicle hurtles along a busy road in the US.

The video was filmed by Alisha Gallon on Los Angeles’ Interstate 5.

It was tweeted by her husband, journalist Clint Olivier, who described it as a “disturbing phenomenon”.

In the video, Mr Olivier drives past the car, which is travelling in the middle lane. His wife can be heard saying: “He’s totally asleep – this is crazy.”

The driver has his arms folded across his chest instead of on the steering wheel – and at the end of the video, he appears to wake up and take the wheel.

The auto-pilot feature on a Tesla allows the car to steer, accelerate and brake automatically, but the carmaker says “active driver supervision” is still needed.

California law does not specifically forbid people sleeping in the driver’s seat of an autonomous vehicle, but a person can still be arrested if they are endangering themselves or others.

Tesla has not responded to requests for comment, and neither the company nor its owner Elon Musk has replied to tweets about the video.

A number of similar incidents have been reported in the US – and last year, a man from Nottingham was banned from driving for 18 months after he was filmed in the driver’s seat on the M1 with his hands behind his head.