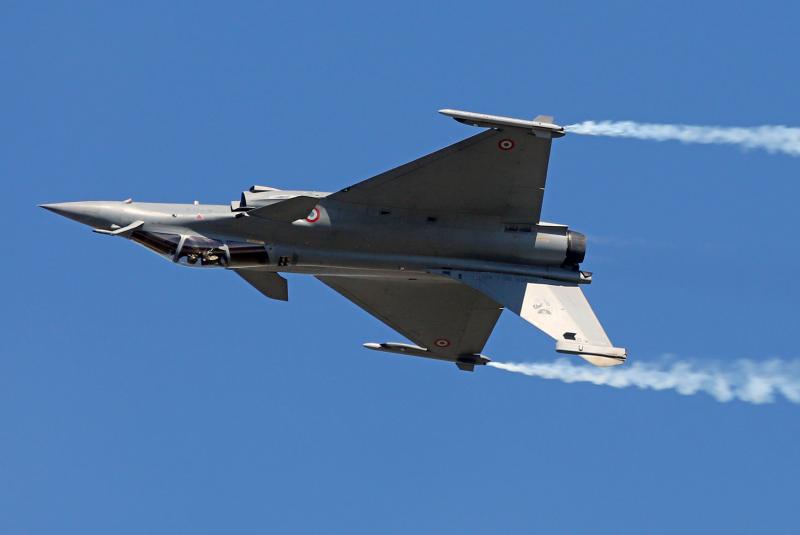 The agreement allows the combat aircraft “to maintain its superiority against new threats,” Thales said in a news release Friday.

In all, 500 French firms are part of the Rafale program, including Dassault Aviation, which will serve as the industrial architect and be responsible for deploying new connectivity solutions.

Rafale’s role includes reconnaissance, air defense and precision strikes during a single mission. The company noted the aircraft is “a crucial component of France’s National Security policy, which calls for the highest standards of levels of technological excellence,” including airborne nuclear deterrence.

“This contract is a further endorsement by the French Ministry for the Armed Forces of the industrial know-how and advanced technology expertise of French defense contractors,” Thales Chairman and CEO Patrice Caine said in a statement. “The Rafale F4 standard’s sensors and communication systems will be a key driver of the shift towards collaborative combat, and Thales’s capabilities in connectivity and artificial intelligence will enable Rafale air crews to make the best choices in every decisive moment.”

Thales engineers and technicians plan to enhance the aircraft’s onboard sensors and improve connectivity by enabling greater interconnection between the Rafale and all the other aircraft and ships deployed on the mission.

The TALIOS optronic pod will handle larger volumes of information in real time by incorporating artificial intelligence to analyze tactical data almost instantaneously in flight and extract and identify targets, the company said.

And new threat detection and jamming capabilities will be developed for the aircraft’s SPECTRA electronic warfare system.

Thales will also prepare for the introduction of the CONTACT radio; secure, intelligent communications server technology; and a Syracuse IV satellite communications capability.

Also planned are improvements to the air-to-ground mode of the RBE2 active electronic scanning array radar, the company said.

Of the 180 aircraft ordered by France,152 have been delivered, Dassault said in a fact sheet.