The market’s win streak may be just beginning.

Trading Nation” on Friday. “It’s got an awfully good track record as a contrary indicator.” 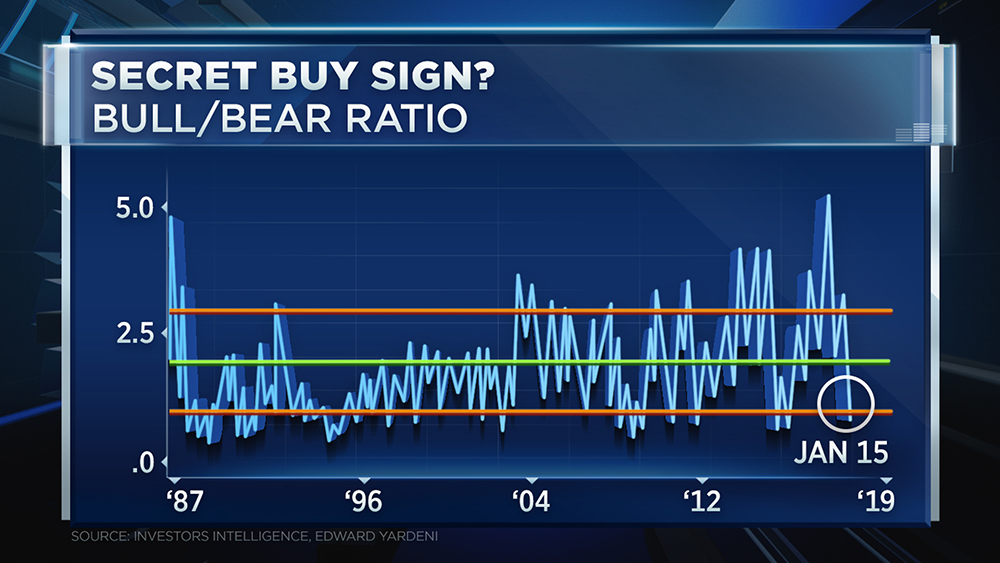 Each time the index last year spiked to either record or near record highs, Yardeni found the S&P 500 Index entered correction territory. It appears an opposite trend is unfolding right now.

“Bearishness was just so widespread that the market had a technical bounce, and now the fundamentals are going the right way,” added Yardeni.

It’s a scenario he predicted on “Trading Nation” on Dec. 26 as stocks were staging a historic rebound from the Christmas Eve meltdown. According to Yardeni, investors were too pessimistic about a recession, the Federal Reserve’s interest rate policy and the U.S.-China trade war.

“A lot of these things seem to be coming around in the right direction here, and so the markets have done extremely well,” he said.

The S&P 500 closed out the third week of January out of correction. The index now on its longest win streak since August — up four weeks in a row on signs U.S.-China trade tensions may be abating and encouraging fourth quarter earnings reports.

Yardeni said those factors are ultimately driving a year-long powerful market rebound. He predicted the S&P 500 will be 15 percent higher from current levels by year’s end.

“I’m still sticking with 3100 and feel better about it,” said Yardeni, who noted valuation multiples, low interest rates and inflation is setting Wall Street up for a very good year.