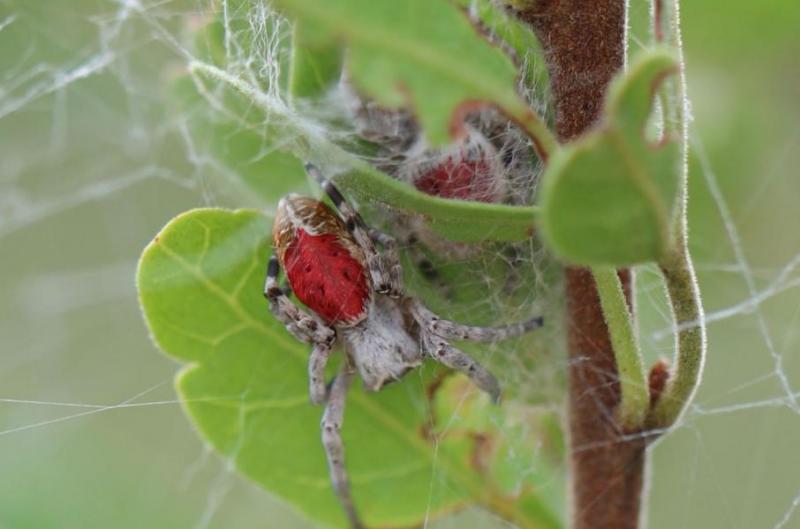 March 25 (UPI) — When colonies of the same spider species must compete for resources, the most aggressive spider society doesn’t always thrive. New research suggests the success of a particular colony’s success depends on the disposition of its neighbors.

The African social spider Stegodyphus dumicola lives in colonies. Some spider colonies exhibit aggressive behavior, while others are more docile.

“Consider the coordinated attacks of prides of lions or wolves, or the dazzling swirling behavior of starlings or schools of sardines,” Jonathan Pruitt, an evolutionary biologist at the University of McMaster, said in a news release. “These societies are able to organize and execute strategies that cannot be produced by single individuals. We wanted to see if the collective traits that enable success might depend on the traits of neighboring groups.”

When scientists monitored the relative success of different societies, they found the disposition or mentality in the minority within a specific neighborhood tended to thrive. When the landscape was dominated by aggressive societies, more docile groups were more likely to succeed and grow.

“The success of shy colonies was not frequency dependent,” researchers wrote in their paper, published in the journal Nature Ecology and Evolution. “These dynamics seem to be driven by a foraging advantage of bold colonies that is lost in bold neighborhoods because prey become scarce, and shy colonies perform better than bold colonies under low-resource conditions.

When docile societies were more ubiquitous, scientists found no evidence that their geographic dominance translated to reproductive success.

“The key here is there is a trade-off between the ability to domineer and monopolize resources from rivals and the ability to live off of little,” said Pruitt. “No single strategy ever completely annihilates the opposing strategy, which is why we see various kinds of societal traits maintained through evolutionary time.”